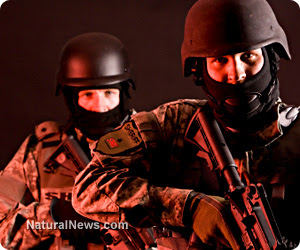 A small, Texas-based group calling itself a "sustainability community" says it was raided by a police SWAT team over suspicion that members were growing and distributing marijuana, but officers were unable to locate any contraband.


According to a press release from the group, which calls itself The Garden of Eden, "a small Intentional Community based on Sustainability," Arlington P.D. SWAT officers raided the community the morning of Aug. 2, awakening inhabitants while executing a search warrant. But, says the group in a press release, no pot was found.

"Ultimately only a single arrest was made based on unrelated outstanding traffic violations, a handful of citations were given for city code violations, and zero drug related violations were found," said the group.

Officers were reportedly on scene for about 10 hours, group officials said, conducting searches that "involved many dozens of city officials, SWAT team [sic], police officers and code compliance employees." The group said "numerous official vehicles including dozens of police cars" were involved in the operation, along with some "specialized" vehicles that were involved in the "'abatement' operation." 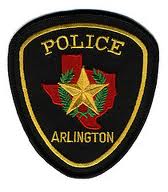 "Witnesses say that there were helicopters and unmanned flying drones circling the property in the days prior to the raid that are presumed to have been a part of the intelligence gathering," said the release. "The combined expenses for the raid itself and the collection of information leading up to the fruitless raid are estimated in the tens of thousands of taxpayer dollars."

The Dallas Morning News reported that, despite finding nothing but a few code violations, the city is defending the raid and, especially, the raid utilizing SWAT officers.

Arlington Police Sgt. Christopher Cook says it's not at all uncommon to use them for drug raids, though it is becoming apparent that police departments all over the country are using them more often for any kind of raid.

He also said the department was "concerned" about how the group reacted to the raid on social media sites.

"That's what concerns me about their social media allegations," Cook said. "Yes, they were initially handcuffed, however once it was determined it was secure they were taken out of handcuffs. Typically we wouldn't do that, but they were compliant."


'We have been targeted'

All 8 adults present in the house were initially handcuffed at the gunpoint of heavily armed SWAT officers, including the mother of a 22-month-old and a two-week-old baby who was separated from her children during the raid.

The group said that city code enforcement officials ordered members to cut the grass, destroy some wild and cultivated plants including blackberries, lamb's quarters and okra, and remove "other varied materials from around the premises such as pallets, tires and cardboard that the Community members say they had collected for use in sustainability projects."

Shellie Smith, who owns the land the community sits on, says the rights of her and her members were violated.

"We have been targeted by the system because we are showing people how to live without it," she wrote in a Facebook post. "We are growing more than just tomatoes here, we are growing the consciousness that will allow people to live freely and sustainably, and the system doesn't want that to be known."

City officials said simply: "No cultivated marijuana plants were located on the premises. Narcotics detectives and members of the tactical unit cleared the scene within 45 minutes."

As we have oft reported here at Natural News, it is becoming far too common for police departments large and small to resort to using militarized SWAT teams inappropriately. What is quite obvious in this case is that the group that police were dealing with was about as non-violent as you can get. If in fact the Arlington P.D. conducted surveillance of The Garden of Eden for days before the raid, officers should have known this.

Therefore, is it unreasonable to expect a softer approach to carrying out a search warrant? I don't think so, given the fact that we are talking about suspicion of growing marijuana, not cooking meth or pushing heroin.

Police know which groups in their communities are violent and which ones aren't. And they knew in this case, too. But they used a SWAT team anyway.

"They came here under the guise that we were doing a drug trafficking, marijuana-growing operation," Smith told WFAA, a local ABC affiliate. "They destroyed everything."


Marine Corps Colonel: “DHS is Building a Domestic Army to Take on Citizens”


Marine Corp Colonel speaks out at a local council meeting about the militarization of our police forces on 08/12/13 at 41 Green St, Concord, NH 03301.


“We cannot continue to rely only on our military in order to achieve the national security objectives we’ve set. We’ve got to have a civilian national security force that’s just as powerful, just as strong, just as well-funded.”
- President Obama, Colorado, July 2, 2008