The Vatican is ready to make a statement on extraterrestrial life 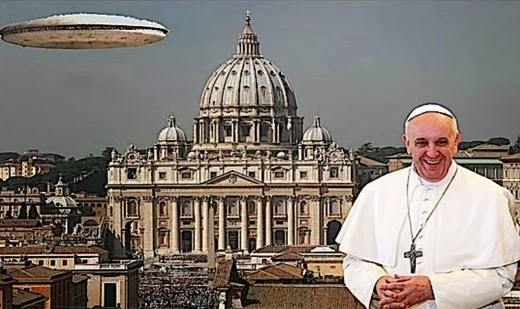 For decades the Vatican has convened some of the brightest minds in the scientific community around the world to ponder the possibility of extraterrestrial life, and to prepare a public disclosure on behalf of the Catholic Church in case the existence of aliens is confirmed.

Many scientists affirm we’re not far from establishing the “First Contact,” given the advances made is astronomy. Because of this, the Vatican wishes to be ready with a statement. It might not be a easy task for the church to interpret holy scripture—if not analyzed properly—if life is found on other planets and man is not the only creature made in the image of God.

This past March the Vatican Observatory and the University of Arizona organized a conference held in Tucson to discuss the advances made in the search for extraterrestrial life. The conference was inspired by the rapid discovery of planets, new findings on the thresholds of extreme conditions at which life on Planet Earth can survive, and new technology designed for the search of life on exoplanets.

Experts on the study of exoplanets, biologists, companies specializing in biosciences and atmospheric science
also participated.
About 200 scientists from around the world attended the event “Search for life beyond the solar system.” They’re challenged with facing the possibility of finding alien life using an interdisciplinary approach.

This July another advancement made by Jesuit priest Guy Consolmagno, a doctor in astronomy for the Vatican Observatory, was given the Carl Sagan science medal from the American Astronomical Society (AAS). Counting with scientists such as Brother Consolmagno, the Vatican’s scientific endeavors have gained prestige.

The AAS announced the award for Brother Consolmagno in honor of his “distinguished communications on behalf of a scientist to the general public”.
Brother Consolmagno has appeared in major news outlets, including the BBC, where he has served as an expert on topics of science and religion relating to science.


Astronomy research in the Vatican

The Vatican Observatory is one of the oldest astronomical institutions in the world, located in Castel Gandolfo, the Pope’s summer home outside Rome. Its research team also operates the Vatican Advanced Telescope in the Mt. Graham International Observatory in Arizona.

In 2009 Jose Gabriel Funes, the director of the Vatican Observatory, gave an interview to the Vatican’s L’Osservatore Romano newspaper, where he stated the existence of alien life posed no problems for Catholic theology.

Conspiracy theories aside, are we really that close to discovering extraterrestrial life? And if so, what will the Catholic Church say about it? Details of the statement the Vatican is working on have not been revealed publicly. 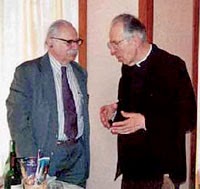 In what must be a historic first, a high official of the Vatican [Monsignor Corrado Balducci] and a Hebrew scholar [Zecharia Sitchin] discussed the issue of extraterrestrials and the creation of man, and though different from each other in up-bringing, background, religion and methodology, nevertheless arrived at common conclusions:

• Yes, extraterrestrials can and do exist on other planets
• Yes, they can be more advanced than us
• Yes, materially, man could have been fashioned from a pre-existing sentient being
>read more>

Email ThisBlogThis!Share to TwitterShare to FacebookShare to Pinterest
Labels: vatican