Communist Chinese troops have boots on the ground in Hawaii 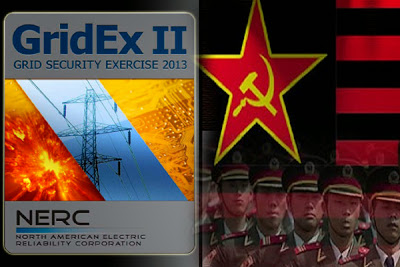 Aloha Hawaiians!  If you see what you think are soldiers from the Communist Peoples Republic of China Army wandering about in your neck of the woods,  your imagination is not playing tricks on you.

Yep, they’ve finally arrived. Chinese troops are on American soil for a joint exercise. Get your cameras out, you may be able to record living history, snapping pictures of Communist soldiers marching across American soil.

What you have to ask yourself is why the Chinese?

And why during Grid Ex II?

What kind of disaster relief could involve legions of Communist Chinese troops?

Why would the United States of America allow the country it accused of a major cyberattack on its weapons systems just a few months ago to practice disaster relief on home soil?

Why would the United States of America allow the military from a nation known for its suppression of human rights learn to assist the American people when it tramples over the rights of its own citizens? 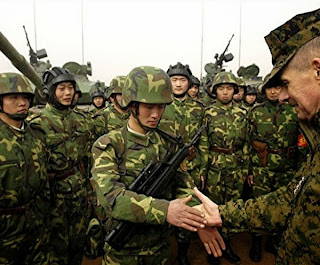 GridEx 2 (there was already a GridEx 1 in November of 2011) is a massive ‘emergency drill’ planned to take place across the whole of North America with thousands of utility workers, business executives, National Guard officers, FBI antiterrorism experts and officials from government agencies, in the United States, Canada and Mexico (who) are preparing for an emergency drill in November that will simulate physical attacks and cyberattacks that could take down large sections of the power grid. (New York Times, Aug. 16, 2013).


Fears about the possible detonation of a nuclear warhead in the skies about the United States, for the purposes of creating an electromagnetic pulse aimed at sizzling electronics on the ground, have led a number of public figures to call for significant steps to strengthen the power grid.  Ex-CIA head R. James Woolsey is planing a campaign to convince state governments to pass laws requiring utilities to harden their electronics against potential EMP attacks.The exercise is touted as a unified move “to test the resiliency of the U.S. power grid to withstand major damage causes by a natural disaster or deliberate attack”.


"A key objective of GridEx 2 is to learn how governments would handle a loss of electrical power that is large enough to drastically affect the delivery of common and essential goods and services.” (NYT)


Hoping that the U.S., Canada or Mexico aren’t GridEx 2’s “fictional third country” and that the soldiers out on reconnaissance in Blue Hawaii don’t stamp ‘Made in China’ on it.
The New York Times reported on GridEx 2’s massive, Nov. 13-14 drill on August 16,  but never mentioned the participation of the Peoples Republic of China’s Army.


Related:
You’ve Been Warned: Why You Need to Be Ready for Total Grid Failure
Islamic sharia law officially fully implemented in first US city
Who will protect you from the police?
US Veterans arrested at memorial
Obamah's supported jihadists are killing Christians all over the World