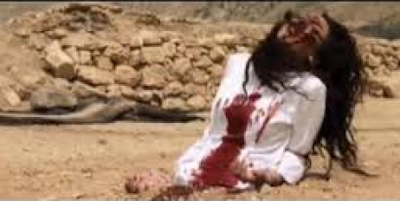 Why this is important

This is just one in a line of regular stonings extending back through history. Stoning is a barbaric practice, illegal in most countries but practiced in many, it targets women primarily as a way to control other women through fear.

We have got to stop this. Money talks when reason fails!

"We are writing to demand President Barack Obama not give another penny of US taxpayer money for any reason to any government that allows the practice of stoning to continue, even if laws exist clearly stating that stoning in that country is illegal. Countries must protect women, who are the especially targeted population, as well as men from this barbaric practice meant to create an environment of terror, by strengthening and enforcing any existing laws, writing new law prohibiting the practice, and prosecuting to the full those who encourage, participate in such activities, or even stand by to watch."


This is an extremely sick and disgusting punishment, and thus watching this video can make you weak or possibly give you nausea and shock for several days. Please do not watch if you are weak-hearted.