Miscommunication at the hospital led to Dallas' Ebola patient's release just with antibiotics. After being released, he has been in contact with dozens of people who are being tracked, 5 students in isolation now in their homes.  The first patient diagnosed in the United States with the Ebola virus has been identified as Thomas Eric Duncan from Liberia.


Duncan, identified by The Associated Press, remained in isolation at Texas Health Presbyterian Hospital in Dallas on Wednesday in serious condition.
He was taken to the hospital in critical condition Sunday from a home in the Vickery Meadow neighborhood of northeast Dallas. Duncan had sought treatment at the hospital two days earlier, but was sent home with antibiotics.

During that first visit, his sister told AP, Duncan informed emergency room workers that he was from Liberia, the West African nation hardest hit by Ebola.
“Regretfully that information was not fully communicated throughout the full team,” said Dr. Mark Lester, executive vice president of Texas Health Resources. Lester said the team thought Duncan had a "low-grade common viral disease."

United Airlines says Duncan is believed to have taken United Flight 951 from Brussels to Washington Dulles
and Flight 822 from Dulles to D/FW International Airport on Sept. 20.
Duncan, who is in his mid-40s, came in contact with 12 to 18 people after developing symptoms of the deadly disease, health officials said Wednesday during a news conference at Presbyterian. 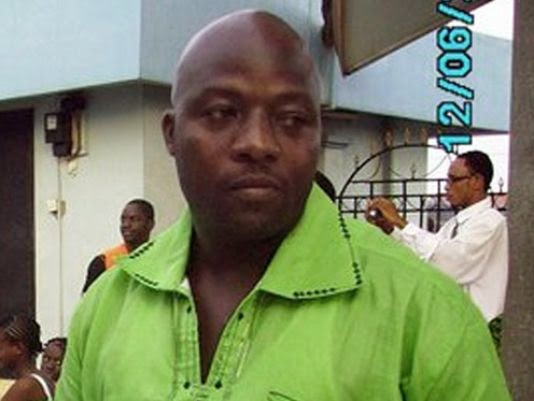 Liberian Officials Identify Ebola Victim in Texas as Thomas Eric Duncan
The man who flew to Dallas and was later found to have the Ebola virus was identified by senior Liberian government officials on Wednesday as Thomas Eric Duncan, a resident of Monrovia in his mid-40s.

Mr. Duncan, the first person to develop symptoms outside Africa during the current epidemic, had direct contact with a woman stricken by Ebola on Sept. 15, just four days before he left Liberia for the United States, the woman’s parents and Mr. Duncan’s neighbors said.

In a pattern often seen here in Monrovia, the Liberian capital, the family of the woman, Marthalene Williams, 19, took her by taxi to a hospital with Mr. Duncan’s help on Sept. 15 after failing to get an ambulance, said her parents, Emmanuel and Amie Williams. She was convulsing and seven months pregnant, they said.

Turned away from a hospital for lack of space in its Ebola treatment ward, the family said it took Ms. Williams back home in the evening, and that she died hours later, around 3 a.m.
Mr. Duncan, who was a family friend and also a tenant in a house owned by the Williams family, rode in the taxi in the front passenger seat while Ms. Williams, her father and her brother, Sonny Boy, shared the back seat, her parents said. Mr. Duncan then helped carry Ms. Williams, who was no longer able to walk, back to the family home that evening, neighbors said.

Officials are monitoring 12 to 18 people who may have been exposed to the man, including three members of the ambulance crew that transported him to the hospital and five schoolchildren.

Some of the people are members of his family, but not all, Dallas city spokeswoman Sana Syed said.


Update wed 8 oct 2013:
The Liberian national Thomas Eric Duncan who recently became the first man to ever be diagnosed in the United States with Ebola died early Wednesday, a Dallas, Texas hospital said.
"It is with profound sadness and heartfelt disappointment that we must inform you of the death of Thomas Eric Duncan this morning at 7:51 am," Texas Health Resources said in a statement.

Related:
Ebola – Another Round For The Propaganda Matrix