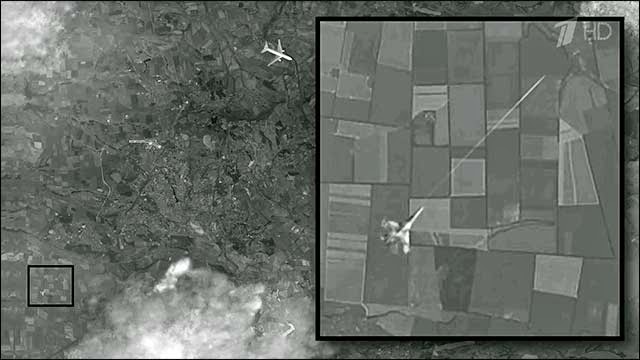 Vice-President of the Russian Union of Engineers Ivan Andrievsky: “The Boeing was hit by a pursuing fighter jet. First, the crew fired from a cannon, then the cab was struck by an air-to-air missile, then the right engine and right wing were struck by a missile with thermal homing system.” The photo which is clearly evident in the launch of the rocket from under the left wing fighter exactly at the cockpit.

MH17 might have been shot down from air – chief Dutch investigator

The chief Dutch prosecutor investigating the MH17 downing in eastern Ukraine does not exclude the possibility that the aircraft might have been shot down from air, Der Spiegel reported. Intelligence to support this was presented by Moscow in July.

The chief investigator with the Dutch National Prosecutors' Office Fred Westerbeke said in an interview with the German magazine Der Spiegel published on Monday that his team is open to the theory that another plane shot down the Malaysian airliner.

Following the downing of the Malaysian Airlines MH17 flight in July that killed almost 300 people, Russia’s Defense Ministry released military monitoring data, which showed a Kiev military jet tracking the MH17 plane shortly before the crash. No explanation was given by Kiev as to why the military plane was flying so close to a passenger aircraft. Neither Ukraine, nor Western states have officially accepted such a possibility.

Westerbeke said that the Dutch investigators are preparing an official request for Moscow’s assistance since Russia is not part of the international investigation team. Westerbeke added that the investigators will specifically ask for the radar data suggesting that a Kiev military jet was flying near the passenger plane right before the catastrophe.

Radar data indicates other jets on MH17 course before crash 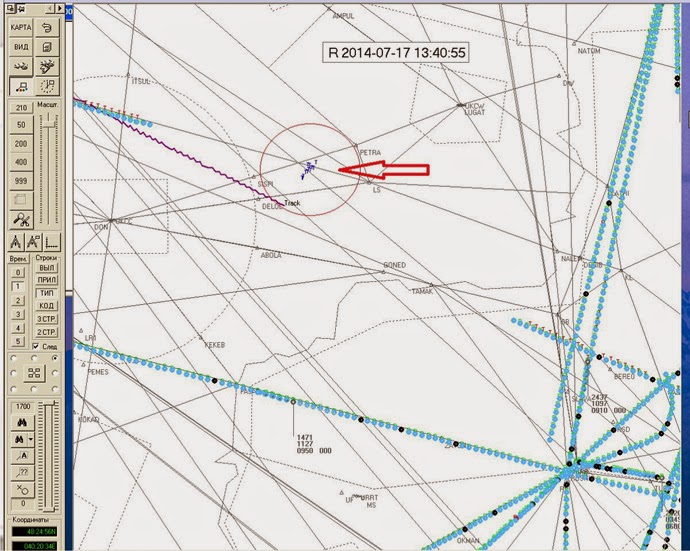 New radar data indicating that military aircraft were in the air near Malaysia Airlines flight MH17 when it crashed in eastern Ukraine on July 17 has been released by a Russian air safety consultancy.

The consultancy provided a snapshot representing the readings taken by a radar station located in Russia’s Rostov, near the Ukrainian border, shortly before and about 20 minutes after the MH17 crash.

According to Sergey Melnichenko, CEO of Aviation Safety consultancy, there were one or two warplanes in the air close to the Malaysian airliner. The data casts doubt on the version of the tragedy favored by Western nations, which claims the plane was shot down from the ground by rebel forces with a sophisticated surface-to-air missile.

The data “came from an air traffic control center in Rostov,” Melnichenko told Moskovsky Komsomolets newspaper, declining to reveal which one and whether it was civilian or military. He assured that “we have full trust in the sources, which helped us make it available to the public.”

“The data clearly shows that at the moment of the crash and after it there were planes moving north of the Boeing course. Most likely, they were military, because the spots are very close to each other. The conclusion is that there were either one or two aircraft there,” Melnichenko told the daily.

Civilians on the ground eyewitnessed fighterjets in the air right before the crash: 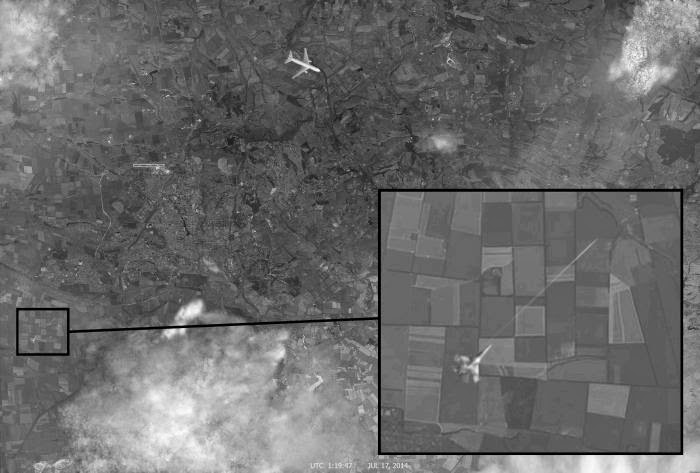 A little more detail on the photo that surfaced today supposedly showing Malaysian Airlines Flight MH17 being shot down by a Ukrainian fighter jet.

Vice-President of the Russian Union of Engineers Ivan Andrievsky said:
"When we began to receive a large amount of information, among which was a different material, engineering calculations, and ultimately on Nov 12, we received this":

“I fully agree with the results of your analysis of the causes of the crash of the Boeing,” says the man who presented himself as a graduate of MIT, Aviaexport with twenty years of experience, George Bilt. “The Boeing was hit by a pursuing fighter jet. First, the crew fired from a cannon, then the cab was struck by an air-to-air missile, then the right engine and right wing were struck by a missile with thermal homing system.

The photo which is clearly evident in the launch of the rocket from under the left wing fighter exactly at the cockpit, was attached to the email. On the terrain, weather conditions, the dimensions of the aircraft shot fully consistent with the circumstances of the accident. We saw a satellite image taken with not a very high orbit. And such images are usually made for general intelligence air and ground space. In accordance with the coordinates specified in the picture, we can assume that the picture was taken by a UK/USA satellite. We undertook a detailed analysis of this picture and no signs of tampering were found."

Russia’s Investigative Committee has confirmed the claims by a Ukrainian, who said he witnessed the deployment of a Ukrainian warplane armed with air-to-air missiles on the day the Malaysian Airlines flight MH17 was shot down.
The interview was conducted on Tuesday, spokesman for the committee Vladimir Markin told the media on Wednesday.

This followed a report in a Russian newspaper, in which the Ukrainian citizen, who preferred to remain anonymous, voiced his allegations.

The investigators used a polygraph during the interview, which showed no evidence of the witness lying, he added.

“The facts were reported by the witness clearly and with no inconsistencies. The investigators lean towards considering them truthful. A polygraph examination confirmed them too,” the official said.
“According to his account, he personally saw the plane piloted by [Ukrainian military pilot] Voloshin armed with R-60 air-to-air missiles,” Markin said. “He added there was no need for such weapons during regular air missions of the Ukrainian Air Forces because the rebel forces had no military aircraft.”

Markin said that the Investigative Committee will continue gathering and analyzing evidence perpetrating to the downing of MH17 and will share the information with the Netherlands-led international probe into the incident, “if they really interested in establishing the truth and send an inquiry.”

The witness is likely to be taken into protective custody in Russia because his life may be threatened, Markin said.

The Ukrainian Security Service confirmed on Wednesday that a Captain Voloshin does serve as a military pilot in the country’s armed services. But it said he didn’t fly any missions on the day the Malaysian Airlines flight was shot down.

The Russian Investigative Committee invited the Dutch or Malaysian experts to check Voloshin using a polygraph, and Ukraine’s Security Service to provide the military log to the official investigation, Markin said.

“The fact that Ukraine’s Security Service has acknowledged Voloshin’s existence is already an accomplishment,” he said.

Markin suggested the air traffic controllers operating in the area on the day of the catastrophe should also be questioned, adding that they should be “found” first.

“It is clear that all this is very difficult, and probably impossible. It is much easier to call the information and evidence provided by Russia’s Investigative Committee ‘fake’,” he said.

The Russian Defense Ministry made public radar data indicating that a Ukrainian military jet capable of taking down the airliner with an air-to-air missile was in the vicinity of MH17 at the time of the incident.
The international investigation’s preliminary report said MH17 was downed by an external force, but would not elaborate on the nature of that force, leaving the parties involved free to trade accusations.

Email ThisBlogThis!Share to TwitterShare to FacebookShare to Pinterest
Labels: MH17