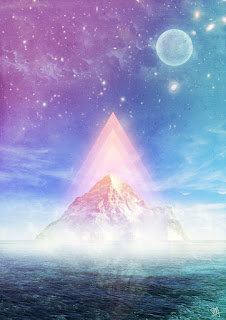 We are without a doubt living in one of the most potent times in the history of this human experience on earth. Everyone is waking up, feeling the shifting, and wondering what their role is in it all.

Many of us have come here in this lifetime with the divine purpose of being gatekeepers, wayshowers, teachers and light carriers of the ascension path. These planetary changes are being felt in every dimension of our being and they are undeniable.

Important information regarding the current massive shifts in energies and the human body.


Intricate portals move into activation in the next few years, as the planet is being revamped and revitalized.  Therefore there are massive fractures in earth crust and with it the inner stirring of mass liquid mass, which will bring about volcanic activity, even in those volcanoes which have been dormant for some time and with the eruptions in the inner earth, as liquid mass explodes this will cause earth eruptions, earth quakes and in some cases the sea will start boiling.


It is therefore imperative for mankind to understand that as the earth is reinventing herself, so human beings are being reinvented as they too are being re-formed, reinvented and even their physical bodies will now be more crystalline in nature and therefore contain higher frequency bands.

Most human beings are not aware of the energy centers in their own bodies, nor are they aware that a lot of changes are happening in the way the chakras and the spinal cord energies now move into higher octaves of being.

The BBC already infamous for its false starts in false flags when it lost a lawsuit for playing a key role in the 9/11 [September 11, 2001] false flag operation for falsely reporting a plane had hit Building 7 of the World Trade Center in New York 20 minutes in advance of its controlled demolition as part of the motion-picture-like 9/11 classic False Flag op[1], has now released a virtual infomercial for the planned September 22-28, 2015 false flag op in the format of a docu-drama entitled “End Days”.

ET Fleet and Lightworkers move to take down the Matrix

Even as the BBC has released this infomercial to major media markets and in the USA the Jade Helm false flag winds up, a counter-move by the Upper Dimensional Extraterrestrial fleet and Lightworkers on Earth. Their goal is that the perpetrators of the planned September 22-28, 2015 year-long false flag end up in underground prisons on Earth or in the Solar system, awaiting trial. News updates on these efforts can be viewed in article here.[2]

For example, Dr. Sam Mugzzi has now reported that the Intergalactic Fleet has successfully disabled the Saturn-Moon mind control Matrix that has kept humanity inside a mind control frequency ever since the reported occupation of Mars, our Moon and Earth by the controller renegade Giants species who escaped from the planet Marduk before it demise to become the asteroid belt.[3]

The BBC infomercial’s intent is apparently to sandwich all of the technologies that will be used in the planned year long false flag into one plot line, with the main villain being CERN that will suck the earth and everything on it into mini-black holes called “strangelet bombs”. Infomercials about the September 23, 2015 have appeared dozens of major motion pictures, TV series, and even a news announcement by US Secretary of State Illuminati/Skull & Bones professional Yalie huckster John Kerry