The Inevitability of Peaceful Revolution 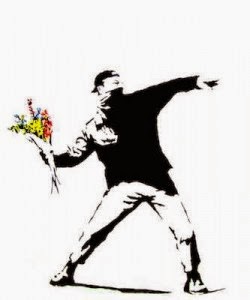 The victory drums, to the tune of Maurice Ravel’s  “Bolero”, are now commencing with the crescendo as this writing goes to press. Everywhere in  our world we are now seeing the awakening of humanity speed up. We are  seeing massive rallies against corruption and rallies for peace spread.

We are seeing tyranny, cover-ups and false flags exposed. And more importantly, we are seeing movements converging that offer solutions to these issues the world faces.


Since the Occupy Wall Street protests in late 2011, the world has seen continued cries for justice, peace and equality. We have seen continued protests against Monsanto over the past several years as well as the hacker group Anonymous’ rallies for justice, transparency and peace. In 2012 it was synchronized anti-austerity protests throughout all of Europe. In 2013, it was in the form of millions taking to the streets in Brazil. Also in 2013, we saw over 8 million flood the streets of Cairo, Egypt as the military supported the people’s birthright to freedom by removing the corrupt regime. In 2014 in Catalonia, Spain we saw Europe’s largest peaceful rally as over 2 million Catalans took to the streets for independence from Spain. 2014 also saw the world’s largest march on climate change as well as Wal-Mart’s biggest strike in history on Black Friday. In early 2015 we then saw over 3 million unify for peace in Paris after an alleged terror attack.

Though the mainstream media desperately tries to continue the facade that all is well among the status quo and banking elite, reality has cracked open the egg of illusion and has spread everywhere it’s seeds of truth, freedom, equality and peace. What we are now living through and witnessing is the sprouting of a new world.

People are rethinking and questioning the way things are done. We are seeing many people’s hearts and minds shifting from programmed thinking and acting due to elitist propaganda into ways of self-direction, freedom and abundance. People’s inner worlds of heart and mind are breaking free and we are seeing this have direct and positive impacts in our outer world. This inner drive for every single one of us to feel and be free in every way is causing the conditioned past to be transcended and is creating a convergence of hearts, minds, projects, ideas and visions now manifesting for the highest good of all. Fortunately, we are not alone in this endeavor of creating inner and outer freedom.

Something Big and Positive is Happening

Over the past 3 years we here on Earth have been experiencing increased solar activity with an increased number of coronal mass ejections (CMEs) being received by our Earth’s magnetic field. CMEs are explosions of electricity and energy in the form of electrons and protons, according to NASA. This ejected, self-organizing and coherent plasma usually takes between 3-4 days to reach our Earth’s magnetosphere which, if large enough, can create disturbances in radio signals and navigation systems. Interestingly, these CMEs also affect humans down to the level of our DNA.
In 1984-1985, Dr. Peter Gariaev and his team of Russian linguists were studying DNA and the ways light, sound and frequencies interact with DNA. Their research led to many groundbreaking and paradigm-shifting discoveries with one of them showing that DNA is able to absorb and emit light (photons), which spirals along the double helix in sacred geometrical form. They found that DNA has properties of a scalar/torsion field, which is “a self-sustaining vortex in the aether/time-space which is innately non-electromagnetic…By spinning, a vortex can excite photons or [pull] virtual photons out of the fabric of space/aether—and static torsion/scalar fields can harness and store light within them. ” 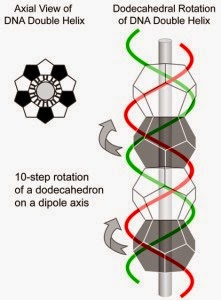 Literally, DNA creates magnetized wormholes in the time-space fabric. DNA acts as “tunnel connections between entirely different areas in the universe through which information can be transmitted outside of space and time. The DNA attracts these bits of information and passes them on to our consciousness.” They found that with the presence of  light (photons), DNA activation and and thus evolution can occur. New neuro-pathways can be created. Our thought patterns can be reshaped to ways that better serve us. We can change how we deal with a situation. We can change who we are. With the presence of photons always amidst us via our Sun, our DNA is constantly pulling in this light and continuing to change and evolve. We can think of a solar flare as a boost of light from our Sun. This extra light equates to a higher upgrade in the evolution of our DNA and thus, who we are.
In fact, pioneering physicist Nassim Haramein’s holofractographic universe theory says that the “fundamental structure and dynamics of space-time are those of the black hole.” In this view, any change to a part, in effect, changes the whole. This is true of any hologram. Every part contains the whole, and when something changes in a part of the object, the whole object then changes as well. So we see that every time someone in our world thinks, does or says something to improve themselves, a situation or another, the entirety of humanity benefits. We upgrade. We shift. We evolve.

We also see that with the help from our Sun, our DNA and our consciousness is continuing to shift to higher octaves. And as our DNA continues to shift, the entire human race is impacted and benefited.  In other words, the deck is stacked in favor of humanity to continue growing and changing in ways that serve the whole. Peaceful revolution of the systems that suppress and no longer serve the humanity is inevitable.

Reflection in Our Outer World

“Where are these things being reflected in our outer world,” some might ask. Are there those “in the know” talking of this revolution? The answer is an unshakable yes. A notable figure is Benjamin Fulford.  Benjamin is the former Asia-Pacific Bureau Chief for Forbes Magazine and has over 20 years of experience as a professional writer and journalist, along with several other accolades. He resigned from his position in 2005 as he was disturbed by the “corporate censorship” and has for the past few years been writing a weekly geopolitical article, which has been exposing corruption between various government and banking representatives, and more importantly has been discussing the positive developments in the growing BRICS (Brazil, Russia, India, China and South Africa) alliance, which has now reportedly swelled to over 190 countries with governmental, banking and military influence.

On July 18, 2014, the same day the Contingent Reserve Arrangement and the BRICS Development Bank were announced and implemented, Russian Foreign Minister Sergei Lavrov said the BRICS is an alliance that will “reform the international financial system.” Many economists believe this alliance, because of the amount of gold and silver several of these countries have been importing, are planning to reset the global financial system, which will be based on gold, silver and other metals and resources. (Something John F. Kennedy was reportedly very close to initiating with President Sukarno of Indonesia, via the Global Collateral Accounts.)

It is believed that in time, this reset will allow our world’s entire socioeconomic system to shift into a resource-based economy, a term coined by social engineer Jacque Fresco of The Venus Project. In this revolutionary, yet very practical system, technologies will be implemented that help improve the quality of life for every person on our planet by allowing food, shelter, clothing and social activities to be met necessities. This will also shift our world away from oil and other destructive energy practices and will help transform the health of our earth.

Creating the World We Want

As famous author, speaker and physicist Gregg Braden has said, “Our beliefs have the power to change the flow of events in the universe – literally to interrupt and redirect time, matter, and space, and then events that occur within them.” We have the power to change our world and we are receiving help from many known and quiet sources. The change can begin with a thought. It can follow with an action. Inspire someone. Eat more organic fruits and vegetables and less meat and dairy. Soak up the sunlight as much as possible. Spark a movement. Transform negative thoughts into positive ones. Use words carefully and specifically. Plant a garden. Participate in synchronized global meditations for peace every Saturday at 6 A.M. eastern time (New York City) or every Sunday at 11 A.M. eastern time. Above all, dream big and continue to be you. Continue visualizing and feeling the changes you want in your personal live as well as for our world. We each have a vital role to play in the creation of a better world. The only thing that is certain is change. With this world view and universal truth in mind, peaceful revolution is truly inevitable.

About the Author/
Lance Schuttler graduated from the University of Iowa with a degree in Health Science and is Director of Creative Health Non-Profits for Personable Media. He is passionate about holistic and naturopathic medicine as well as helping to bring awareness to an efficient, sustainable and health-promoting transition that our world’s current socio-economic model is rapidly undergoing.

Charlie Chaplin in 'The Great Dictator':


Related:
Is The Earth Shifting Beneath Your Feet?
Awakening to Divine Human Consciousness
Exit the matrix through your Heart
Creating Change and Living off the Grid