Earth is on a Positive Timeline. 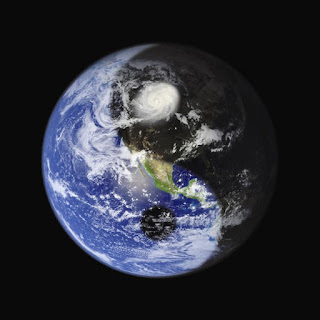 Creating a Positive Future: Time Science Shows Our Earth is on a Positive Timeline in our Time Space Hologram
By Alfred Lambremont Webre


A key discovery promulgated in this paper is that (1) a critical mass of humanity is (2) co-creating a positive future, through conscious acknowledgement that (3) we are synergistically traveling along a positive timeline (4) in Unity consciousness.

The Positive Future equation has supplanted and overcome an outdated Matrix Elite formula that is no longer effective:

The Positive Future equation is:

The Positive Future equation suggests that in the synergy between the Positive Timeline and Unity consciousness, a critical mass of humanity is collectively and individually activated for some or more of these suggested actions and policies for a positive future, and synchronistically resources and actors are brought together in multi-dimensional universe processes to manifest a desirable result.

The “Progress Paradox” or “Positive Paradox” of our current era is that, although our Earth dimension is on a positive time line, Earth’s current bloodline Elites, Negative dimensional entities, Matrix institutions (Governmental forms, Religions; Central Banks), and War & Addiction industries are acting out operational plans that seem based on a false negative timeline, or an actual catastrophic timeline that is occurring in some other dimensional timeline than the positive timeline Earth is demonstrably on.

Although humanity has every objective reason to be optimistic about the future, large segments of humanity still reflect this Matric power focus on a false catastrophic timeline.

According to an April 14, 2014 Ipsos survey, In the West, 42% vs. 34% people feel pessimistic about the future, despite the objective scientific reality that humanity is on a positive timeline. China, India, Brazil, Turkey and Russia are more optimistic than pessimistic for their young – but all other countries are more likely to think things will be worse rather than better.[1]

Yet time science demonstrates that our Earth civilization is traveling on a positive timeline within our time space hologram. And time cosmology analysis demonstrates that Unity consciousness (“We are One”) is the dominant universal consciousness frequency broadcast, as of December 21, 2012, through the singularity – interdimensional portal – at the core of the specific Universe in which we are based.

Catastrophic duality consciousness (“I win, You Lose”) fostered by these Matrix Elites, Negative dimensional entities, and Matrix institutions can no longer can control and thrive on our current positive timeline, as a matter of density and dimensional frequency and time science. Duality consciousness is “Service to Self” and cannot survive in our new Universe consciousness density frequencies.

If you resonate with the positive timeline in synergy with Unity consciousness, you are encouraged to share these insights with others privately and publicly, your family, friends, networks.

Together we can build that critical mass of awakened humanity that acknowledges and collective shifts to being in a reality of a positive timeline Unity consciousness (“We are One”) as the new norm.

All you have to do and all we have to do is change our minds, and the positive timeline follows, as a matter of science.

“Our universe includes a time-space hologram, within which our Earth human civilization exists, that is an artificial environment created by a higher intelligence. The higher intelligence that created and maintains our universe, including the time-space hologram that we inhabit, is the spiritual dimension that itself is composed of God/ Source, the intelligent civilizations of souls that incarnate in the time-space hologram, and the intelligent civilization of spiritual beings. In “Simulations back up theory that Universe is a hologram: A ten-dimensional theory of gravity makes the same predictions as standard quantum physics in fewer dimensions,” Ron Cowen writes, ‘At a black hole, Albert Einstein’s theory of gravity apparently clashes with quantum physics, but that conflict could be solved if the Universe were a holographic projection.’

“The time-space hologram we inhabit as Earthling humans is composed of multiple timelines. Time travel and teleportation are methods by which intelligent civilizations navigate the dimensional ecology of both the Exopolitical dimensions (the multiverse) and the spiritual dimensions of the Omniverse. Teleportation consists of point-to-point movement across a single timeline. Time travel consists of movement across more than one timeline.”[2]

Humanity is based inside a virtual reality composed of multiple, parallel timelines.[3]  In simple 3D-3rd density terms, one can visualize timelines in a time-space hologram as parallel lanes of a multi-lane highway.

As a collective consciousness, humanity can find itself on a changed  timeline from a more catastrophic lane (global coastal flooding event) to a more positive lane (landing a Utopia on Earth). Catastrophic timelines (lanes in the highway) that may have been foreseen through technological time travel (chronovision), scientific remote viewing, or psychic remote viewing can fail to materialize as humanity finds itself on a positive timeline.


Origins of the false “Catastrophic Timeline”

Thankfully, the Italian magazine has published this, my response paper on Creating a Positive Future:

The Italian March 8, 2014 article relies on my 1974 book The Age of Cataclysm that was a first book to integrate modern earth sciences with parapsychology and analyze the remote viewing predictions of psychic Edgare Cayce of a global costal flooding event occuring on Earth early in our 21st Century.

A global coastal event may be triggered by a variety of astronomical events causing massive tsunamis and earth changes having catastrophic effects on human civilization such as the global coastal event destroying Earth’s great maritime civilization (Atlantis), caused by the solar system catastrophe of 9500 BC when a fragment of the supernova Vela entered the solar system.[5]
>>read more>>