The NWO is shifting into ramming speed 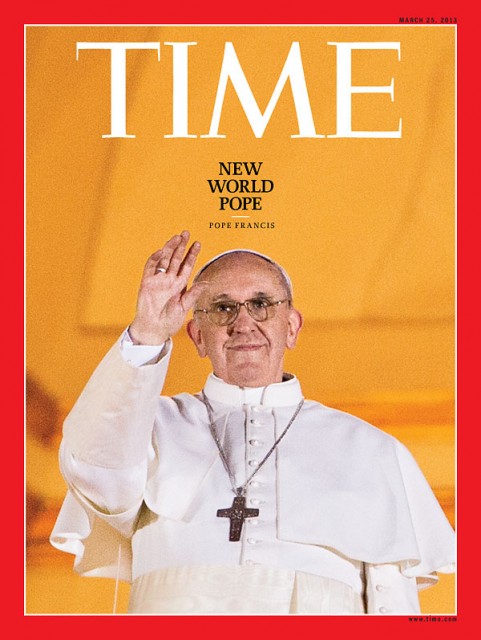 Pretty dang bold and blatant, wouldn’t you say? He ain’t my Pope. And what “new world” are they talking about?

Man they’re pushing hard and fast. This Jesuit Pope was popped into place before the sulfuric stink of  the last one could even clear the air. The hurry up no doubt was needed to take the spotlight off of that contrived removal and the ensuing inconvenient ongoing exposure of Ratzinger’s child abuse, financial enabling and cover ups.

And then he goes into hiding. Hard to fathom a world that tolerates this, but we’re living in one.

What’s encouraging is the amount of exposes appearing all over on the sordid background of this nasty new Italian “Argentinian” minion and the truth about the perfidy of the Jesuit so called “society of Jesus”. Boy, if that doesn’t sum up the hypocrisy of organized religion I don’t know what does.

But to the entranced this is still going right over their hived little minds.

Why The Hurry Up

This fast Vatican bamboozle is just one symptom of something we’re seeing in several segments of society. I think they’re nervous about completing their timeline and whatever other stupid goals they’ve set they think they need to fulfill according to their ignorant thinktanks, occult jerkwads or whatever.

It’s pitiful what they’re doing. Such desperation. Why? They’re scared.

Just look at the speed and profundity of other significant events now being orchestrated in our faces.

Here’s a quick six of biggies in our faces right now:

–The EU just moved to confiscate a percentage of savings in private accounts in Cyprus to bail out more corrupt banks. That is well beyond all previous levels of financial intrusion. And now they’re threatening to do it in Italy as well.

–The Royal Society announces their eugenics intentions in plain sight. Number reductions, and potential methods of doing so.

–Obama and company’s extremely rapid erosion of American civil and otherwise liberties via fascistic executive orders, including a subject never before confronted in such a crass, frontal manner – disarming the American public.

–Geoengineering models are being injected into mainstream media for acceptance of a model and potential need for “modification” by our illustrious bought off scientists.

(Lots more, make your own list…it’s a daily task now.) 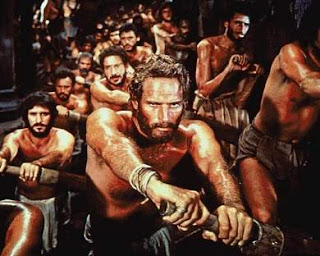 The Beat of the Drums

In battle the last ditch effort of a warring ship is shifting into ramming speed, to literally puncture and sink the other boat with its hull no matter the cost to the attacking ship. If you remember, in the old movies the drummers coordinating the below deck chained oarsmen would step up the meter of the pounding drums faster and faster until finally reaching ramming speed.

The  horror of the scene was knowing those same chained-together oarsmen would be drowned due to their own efforts, very much the MO of this dark cabal running the systems of our planetary society. The only difference is the hoodwinked minions establishing this so-called New World Order today don’t realize their own expendibility as the oarsmen did……yet.

Drums arouse passion. It can be a good signal, or a wicked one. It’s not so much the beat, but the surrounding intention, environment and propaganda.

Their floundering efforts are ultimately ludicrous in the grand scheme of things. These power mad freaks are attempting to implement a summation of all of  their age old ploys at fear mongering, intimidation and ultimate control attempts to subjugate a cowed mass.

They’re acting out their rage against light. They’re freaking for the fantasmagoric finish line they envision, a phony baloney world they dream of controlling. Ain’t gonna happen. They might see something for a moment, but it’ll vanish as fast as their sick imaginations conjured it.

The beauty of the era we’re living in is seeing the fulfillment of the power of Love and Truth. And our conscious participation in it. It’s a privilege to be here at this time. Overcoming this false projection in its last throes is a dream come true for any Truth warrior. Our time to manifest is now. Our ultimate fulfillment of everything wonderful about our superior, loving humane race is the grand consummation of our era.

Let’s do it boldly, bravely and with triumphant true knowledge of loving, glorious Truth!

Love always and all ways,

Interesting:
How the Mighty have Fallen: The Next Steps in Reclaiming our World and Ourselves
The 'elite' of this planet knows something we don't?
Mini Solar System Entering Our’s, Says Astrophysicist Jim McCanney
Pope Benedict resigned to avoid arrest, seizure of church wealth by Easter. [updated 14&24 feb 2013]
Geplaatst door Boddhi op Wednesday, March 20, 2013