Fake food being sold by criminal organizations across Europe 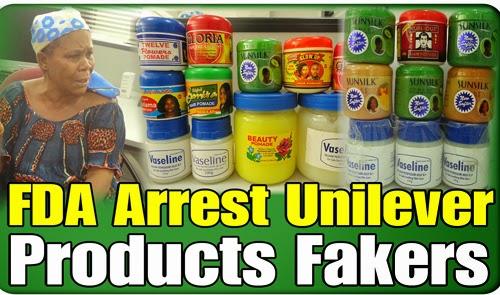 While cereal falsehoods are exposed at the Natural News forensic food lab, more investigations in Europe reveal that fake food is actually being pushed by criminal organizations who relabel and repackage foods with drugs, chemicals and fillers. This criminal fake food may include up to 40 percent of products sold in Europe today.

These fake products include food like "ham" that is actually just a "meat emulsion," teas that are loaded with prescription drugs, prawns that are actually just 50 percent water and fruit juices that are made of banned chemical additives.

The findings, published in the Guardian newspaper, reveal mass deception of food products manufactured and distributed in Europe. A council laboratory in West Yorkshire has found that nearly forty percent of nine hundred food samples are actually fake, mislabeled or falsely advertised.

The dangers don't end there. The investigation found a beef mince that was advertised as pork and poultry. The product contained very little real meat.

The investigations led to the discovery of 22 tons of long-grain rice that were about to be sold as much healthier basmati rice.

Drinks were also found to be routinely counterfeit. One vodka product drew the concerns of news agents. The fake vodka failed to meet the percentage of alcohol scribed on the label. In one case, a vodka drink actually contained isopropanol, which is an industrial antifreeze solvent.

Another illegal product being peddled was a "fruit juice" that actually contained large amounts of brominated vegetable oil, which is a banned flame retardant chemical linked to behavioral problems.

Further investigations found that manufacturers of meat products were using meat-mincing machines that were not cleaned thoroughly. Cheaper meat was often thrown in to make real meat go further, while some meat was colored pink to make it appear normal.

The 40 percent rate of fake products may be a growing trend in Europe, according to concerns expressed by study experts. The products came from a variety of sources, including fast food restaurants, independent retailers, large department stores and manufacturers, showing how deep the criminal operations run.

West Yorkshire's public analyst, Dr. Duncan Campbell, told the Guardian: "We are routinely finding problems with more than a third of samples, which is disturbing at a time when the budget for food standards inspection and analysis is being cut."

In light of these new discoveries, it has become increasingly important for consumers to know exactly where their food comes from. With criminal organizations gaining control of food labels and packaging, it's becoming even more important for consumers to pay attention and educate themselves on what is going into their body. Some dangers may exist in plain sight. It's important to be aware of additives like brominated vegetable oil, or chemical dyes, or maltodextrose, or sodium nitrite. There are long lists of ingredients in foods that we can see and cannot see -- many of which are questionable; some of which are carcinogenic.

As fake food products are peddled by criminals and sold at grocery stores today, as lies are sung on product packaging, it is time to believe in honest grassroots-fueled transparency that can restore food purity for billions of people around the world.


Related:
Food banks start small gardens to grow fresh produce for needy, how to start your own
'Conscious living' community raided at gunpoint by SWAT in yet another paramilitary police action
Red Cross launches first emergency food aid for UK since WWII
12-year-old food grower donates 2 tonnes of vegetables to homeless
70-year-old looks half her age, says raw food diet is the reason why
30 Percent of The World's Food Supply Is Wasted Every Year
Goldman Sachs Made 400 Million Betting On Food Prices In 2012 While Hundreds Of Millions Starved