Virtual Reality System Lets You Explore Your Brain in Real-Time 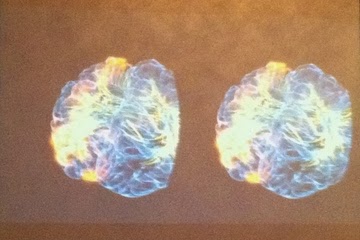 What if it were possible to explore your brain in virtual reality, watching your thoughts flashing before your eyes? A team of neuroscientists and software developers have created a way to do precisely that.

A new system combines brain scanning, brain recording and virtual reality to allow a user to journey through a person's brain in real-time. This "glass brain" was demonstrated here at the South by Southwest (SXSW) Interactive festival today (March 10).

"We've never been able to step inside the structures [of the brain] and see it in this way," Gazzaley said. "It's biofeedback on the next level."

Independently, Gazzaley has been collaborating with Philip Rosedale, creator of the game Second Life, on using virtual reality to improve neuroscience, and vice versa. 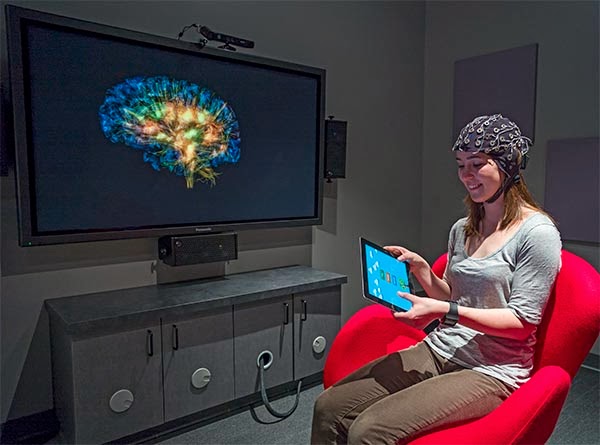 During the demo, Rosedale wore a virtual reality headset through which he could explore his wife's brain in 3D, as flashes of light displayed her brain activity from the EEG. A projection screen showed a similar view to the audience. When the brain came on the screen, the buzz of excitement in the room was audible.

The glass brain didn't actually show what Yvette was thinking — the EEG signals merely painted a picture of her brain activity more broadly. But the researchers ultimately hope to get closer to decoding brain signals and displaying them using the virtual reality system.

Being able to literally watch your own brain activity is not only fun, it has therapeutic potential. For example, people with traumatic brain injury or other neurological problems could visualize how their condition is affecting their brain activity, and learn to correct it.

So far, the team has focused on visualizing one brain at a time. But Philip Rosedale foresees a day when two people could interact virtually in a way that telegraphs their inner state.