Multiverse Theory of the Cosmos Confirmed 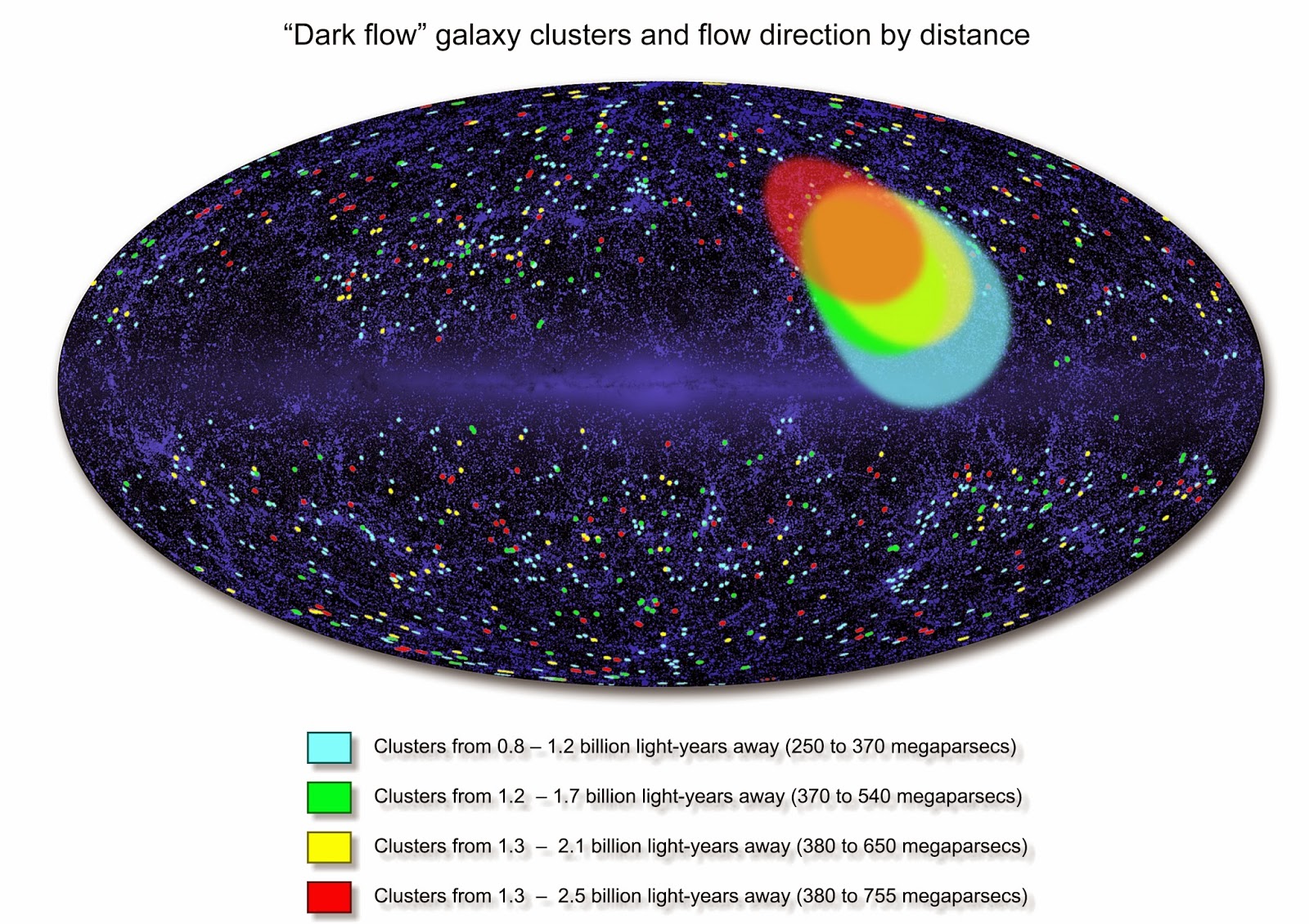 Radio astronomers operating telescopes at the South Pole said Monday that they’ve discovered evidence that the universe ballooned out of the Big Bang.
Linde, a Russian physicist, created models in the 1980s that predicted inflation, and he’s been waiting since then for a “smoking gun” to prove him right. Stanford’s So Chao-Lin Kuo, a member of the team that made the discovery, paid a surprise visit to Linde’s house to share the news before the official announcement.

Watch a disbelieving Linde and his wife—who understood right away what Kuo’s news meant—break out the bubbly to celebrate the validation of a life’s work. ‘What?’ Video [below] reveals the moment researcher is told his groundbreaking Big Bang theory is correct (and it could lead to a Nobel Prize)

Using the BICEP2 telescope, scientists looked at specific patterns in light waves within the faint microwave glow left from the Big Bang They found pattern which they believe was caused by gravitational waves Video shows Professor Andre Lindei, known as the ‘father of the Inflation theory.

Once the surprise has sunk in, the pair celebrate the ‘spectacular’ discovery with champagne.

Scientists view the universe as being made up of a ‘fabric of space-time’. This corresponds to Einstein’s General Theory of Relativity which was published 1916.  Objects in the universe bend this fabric, and more massive objects bend it more. Gravitational waves are considered ripples in this fabric.   They can be produced for instance, when black holes orbit each other or by the merging of galaxies.

“If my colleagues and I are right, we may soon be saying goodbye to the idea that our universe was a single fireball created in the big bang. We are exploring a new theory based on a 15- year-old notion that the universe went through a stage of inflation.

During that time, the theory holds, the cosmos became exponentially large within an infinitesimal fraction of a second. At the end of this period, the universe continued its evolution according to the big bang model…

Recent versions of inflationary theory assert that instead of being an expanding ball of fire the universe is a huge, growing fractal. It consists of many inflating balls that produce new balls, which in turn.”

WATCH Andrei Linde and Stanford’s So Chao-Lin Kuo Stanford Physicist Find Out He Was Right About the Big Bang Astronomers have detected gravitational waves and confirmed the inflation theory of the Big Bang is a game-changer for astrophysicists everywhere, but no one is more excited than Stanford professor Andrei Linde.

Alfred Lambremont Webre’s 2000 book, Exopolitics: A Decade of Contact, founded Exopolitics, the science of relations among intelligent civilizations in the multiverse. Using advanced quantum access technology, the U.S. Defense Advanced Research Projects Agency (DARPA) and the Central Intelligence Agency (CIA) time traveled his 2005 book, Exopolitics: Politics, Government, and Law in the Universe, back to 1971, when an unwitting Alfred was examined by a group of approximately 50 CIA and DARPA officials who knew Alfred would be a leading future extraterrestrial and time-travel whistleblower, and would become the developer of the Exopolitics and Dimensional Ecology models of the Omniverse.

from "The Dimensional Ecology of the Omniverse" by Alfred Lambremont Webre, Introduction

“Alfred Lambremont Webre’s The Dimensional Ecology of the Omniverse is of extreme importance because multidimensional intelligence opened to all humans when the Mayan Calendar ended in 2011/2012. We are receiving contact from the fully inhabited omniverse that connects with us by telepathy and teleportation in the quantum dimension of our world. Webre’s hypothesis—dimensionality is the key design criteria of the Omniverse as discrete bands of conscious energy by which intelligence organizes itself—is synchronous with my nine-dimensional model that describes how other dimensions contact humans. Webre’s compact and easy-to-read book is a brilliant compilation of solid scientific evidence for the existence of human souls that reincarnate and exist in parallel lives in many dimensions, frequently as extraterrestrials! This is a must-read for anyone who wants to fully engage with many dimensions to end absolutely any fear of abandonment, death, or the future.”