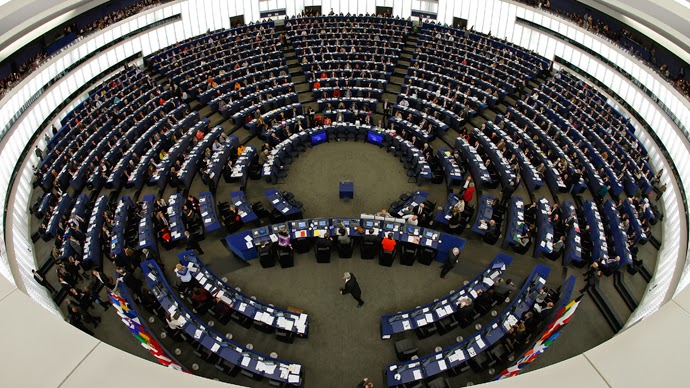 Despite global efforts to curb copyright infringement, the temptation to use BitTorrent sites to download free movies and TV shows is too strong for employees in the EU Parliament, the Vatican, the US House of Representatives, and some Hollywood studios.


The new information was revealed by TorrentFreak, which used a tracking outfit called ScanEye to identify those illegally downloading files in some rather surprising places.

The website reported that EU Parliament employees have shown keen interest in downloading pirated movies and TV shows while at work. Dozens of recent “hits” entered from EU Parliament IP addresses on several BitTorrent trackers revealed that employees have downloaded pirated versions of new movies such as ‘Elysium’ and ‘Monsters vs. Aliens.’ They also appear to be fans of classic flicks such as ‘The Ten Commandments,’ as well as popular television shows such as ‘Breaking Bad.’
The same illegal activity also made its way into the Vatican, with movies such as ‘Billy Elliot’ being downloaded along with TV series such as ‘Camp.’

Even some Hollywood studios - including Paramount Pictures - made it on the list, with employees illegally downloading ‘Shame’ and ‘Mad Men.’

BitTorrent downloads also took place from inside the US House of Representatives. Television drama ‘Sons of Anarchy’ was downloaded from the premises, although TorrentFreak did note that fewer hits came from the House in 2013 than in previous years.

The proposal included the introduction of court orders to ban advertising networks and payment facilities from doing business with infringing websites. It also aimed to prohibit search engines from linking to such websites, and requested that ISPs block access to the websites.

Many internet users and organizations heavily criticized the proposal. On January 18, 2012, more than 7,000 websites - including Wikipedia, Reddit, and Google - took part in an internet blackout to protest against SOPA. The act was shelved indefinitely just days after the action. The House Judiciary Committee eventually postponed consideration of the legislation.

The fight against illegal downloads continues across the globe. The world’s biggest torrent site, The Pirate Bay, has repeatedly been forced to change its domain due to multiple terminations of its former web addresses.

In November, the Supreme Court of Belgium ordered ISPs throughout the nation to begin proactive efforts to search and censor proxy services for The Pirate Bay.

Earlier this month – just one day after The Pirate Bay moved its domain to Guyana – the website was informed that it was being “immediately suspended.” The site then chose to move to Sweden’s .SE domain, which it initially left in the first place, following legal threats.