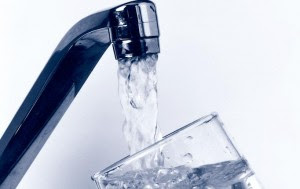 Researchers in India have developed a filter system based on a medicinal herb, which they say can quickly and easily remove fluoride from drinking water.


The technology described in the March issue of the International Journal of Environmental Engineering uses parts of the plant Tridax procumbens as a biocarbon filter for the ion.

Drinking water can contain natural fluoride or fluoride might be added as a protective agent for teeth by water companies. However, its presence is not without controversy while in some natural drinking water levels may be above those considered safe by the World Health Organisation. Chemist Malairajan Singanan of the Presidency College (Autonomous), in Chennai, points out that the WHO guidelines suggest that a safe level of fluoride is 1.5 milligrams per liter.

He adds that various techniques to reduce fluoride content have been tried including coagulation, adsorption, precipitation, ion exchange, reverse osmosis, and electrodialysis. However, metal ions with an affinity for fluoride in a biocarbon matrix represent a promising new approach.

Singanan has investigated Tridax procumbens, which is commonly used as a medicinal herb in India, as a biocarbon absorbent for fluoride. Previously, the plant has been tested in the extraction of toxic heavy metals from water. He explains that by loading up plant tissue with aluminum ions it is possible create a safe biocarbon filter that will readily absorb fluoride ions from water warmed to around 27 Celsius passing through the filter.

His trials show that it takes just three hours to remove 98% of fluoride with just 2 grams of the biocarbon filter.

The biocarbon filter might provide an inexpensive way to defluoridate water in regions where the natural level of this mineral is high in ground water, including India, China, Sri Lanka, West Indies, Spain, Holland, Italy, Mexico, North and South America. It might also be adapted for those consumers who wish to reduce their exposure to fluoride, despite its dental health benefits, in parts of the world where it is added to the water supply for public health reasons.