It's 2013. Abolish the Dutch Monarchy 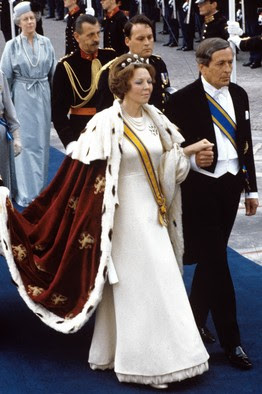 In my country, one family has a monopoly on the position of head of state.

No, I'm not from North Korea, but from the Netherlands, where after 30 years on the throne, Queen Beatrix of Orange will abdicate at the end of this month to her son Willem-Alexander.

The ceremony will receive world-wide attention—and since this is royalty we're talking about, expect it to be fawning. Television will present the fairy tale of a happy nation united under its new king.

Well, count me out. I am one of many Dutch citizens who think it is time for us to do what America and most other countries did long ago: take leave of our monarchs.

The United States made me a republican. (With a small R, that is.) Having lived there for 30 years, I can no longer tolerate a system that has just one requirement for the top job: being from the right family. Most republics select their heads of state based on merit, but in Holland no special talents are needed to become king.

Indeed, even monarchists have questioned whether Willem-Alexander is up to the job that he will inherit and from which he cannot be fired. They console themselves with the thought that Maxima, his Argentine wife and our future queen, is smart enough to pick up the slack if needed.

How is it possible that the Dutch continue to set such a low bar for their democracy? I don't want to call my countrymen brainwashed, but I have noticed that geographic distance has given me and many other Dutch émigrés a different perspective on the monarchy. As Americans living abroad know, it becomes easier to question one's national values when you are not constantly exposed to messages reinforcing them. In Holland the queen's face is on euro coins and on postage stamps, the national anthem is an ode to her family, and the Dutch observe the Queen's birthday in the way Americans celebrate Independence Day. Media coverage is by and large reverential if not unctuous. Scandals are quickly forgotten.

In a country known for its outspokenness, the monarchy may well be the last taboo. Unlike the U.K., Holland has no politicians publicly making a case against the monarchy. Ever since the queen announced her decision to abdicate, many aspects of the succession have been debated: May fur be used in the royal robe? Should parliamentarians pledge loyalty to the king? But almost no one has raised the most fundamental and obvious question: Should we call it quits?

At a recent royal appearance, one lone student suggested that it might be time to change our relationship with the Oranges, displaying a cardboard sign that said "It's 2013!" She was led away by police.

There is evidence that the Dutch increasingly have mixed feelings about the whole thing. Opinion polls show that 25% are in favor of a republic and another 20% "wouldn't mind" a change. The Orange family's popularity has been somewhat undermined by its refusal, in this time of economic crisis, to cut back on tax-free salaries that dwarf the pay of the U.S. president. Despite its immense wealth, most of it amassed on the job, the family also enjoys enormous allowances that make the Dutch monarchy Europe's most expensive. Its €39.4 million in expenditures last year exceeded even those of the British royal family.

Royalists say that the cost is more than justified by the money the family earns for the country as its commercial ambassadors. But there is no evidence of any major economic deal that can be traced to their involvement. And while most other European royals eagerly do public relations for their countries while abroad, the Dutch steadfastly decline invitations for interviews. The future king even sued Associated Press in 2009 over an "unauthorized" photo of him on a ski slope in Argentina.

The most specious argument for the monarchy is this: "It's a tradition—as Dutch as windmills and wooden shoes." But so too were slavery and child labor. And it is important to remember that Holland was, for most of its existence, a republic—one of the modern world's first. While drafting America's constitution, the founding fathers looked toward the meticulously designed Dutch model for inspiration, as did many of the 165 other nations that now have a republican system.

Republican government seemed eminently suitable for the egalitarian, no-nonsense temperament of the Dutch. It was firmly in place when the Netherlands was the world's most powerful country in the 17th century. But in 1813, after Napoleon's defeat, the great powers that re-divided Europe forced a monarchy upon Holland. The Orange family, which had long played an important role in the country's history, eagerly claimed the mantle.

I hope that one day we Dutch will fully embrace our republican tradition. In a nation of equals, I shudder to hear fellow citizens addressed as "your royal highness."