New Fuel Concept Would Power A Car For 100 Years 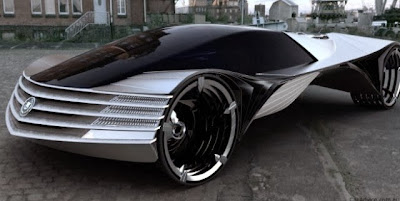 Laser Power Systems, a U.S. company based out of  Connecticut is developing a method of automotive propulsion using the element thorium to produce electricity.


The results far surpass anything currently powering automobiles. To put it in perspective, 8 grams of Thorium produce enough power for a car to drive 1 million miles.

Thorium is similar in structure to the element uranium. Because it is an incredibly a dense material it has the potential to produce tremendous heat, and thus energy.
Charles Stevens, the CEO of Laser Power Systems CEO, explains that just one gram of thorium yields more energy than 28,000 liters of gasoline.

Just eight grams of thorium, Stevens explains, would produce more energy than the vehicle could use in its entire life, without the need for refueling… ever.
Stevens explained in an interview with Ward’s Auto, that small pieces of thorium have been used to generate heat, being positioned to create a thorium laser in the vehicle. The laser heats water which produces steam, which in turn powers a series of “mini-turbines.”


The entire engine weighs only about 500 lbs and is light and compact enough to fit under the hood of any conventional vehicle.

Stevens and his 40 employees are now trying to answer the question of:

"When they do, they will have a vehicle that will wear out before the engine. there is no oil, no emissions – nothing.”

Far from conceptual, this has worked in the thorium-powered 2009, Cadillac World Thorium Fuel Concept, presented by Loren Kulesus.

Aside from adjusting this innovative model’s 24 tyres every five years, Kulesus explained that nothing else would need to be added to the vehicle, including fuel for more than a century of use.