Sun Worship and Other Shortcuts to Nowhere 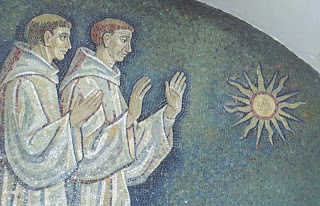 It’s hard yet not hard to imagine how humanity has embraced religion. Induced external belief systems that seem to take into account our innate hunger for spirituality abound on our co-opted, abducted planet.

And underlying almost every religion is a notion of sun worship in some form. A whole study in itself but nevertheless quite curious, yet understandably an easy focal point. And it’s been there since time immemorial.

Is there an ultimate reason?

It’s just amazing how wrong humanity gets it. Whether these ongoing feudalistic wars for whatever carrot of power,  mass fear dangled in humanity’s face, or the overarching schemes of false scarcity and the massively debilitating fear of death, humanity, you have to admit, has a propensity for being duped.

The difference maker? Beginning to realize that for them it’s simply mimicry, reflecting what we have a propensity for. They learn from observing our minds. Their tactics are imitational, literally de-creational. An elaborate sham for the purpose of ensnarement to capture our creative energy. It sounds very much like a made up sci-fi scenario because it actually is. Science fiction means false, made up science – the same as the powers that be use to justify almost everything. And they play that card big time, from phony science and political shams to Hollywood, every type of social control imaginable gets foisted on us.

Show me one religion that isn’t one of these same elaborate shams. They’re spectacular in their assertions. And where did that all come from?

Sun Worship – A Spot in Creation vs the Creative Source 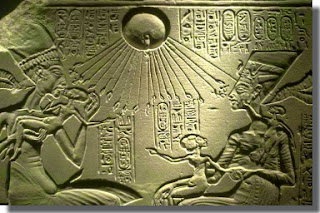 It’s understandable in many ways and you can say it’s just symbolic, but this culturally all-pervasive phenomenon of sun worship throughout the ages to me epitomizes humanity’s propensity for faith in the tangible smokescreen versus the Source, mankind’s innate trust in something it can emotionally see and feel instead of a great seemingly unknown wonder–something that brings accountability to connect to and understand more and thus be more responsible. This is also why the archonic jehovah bearded benign ruler meme is so powerful–”god” apparently looks the same authoracratic way. Grandfatherly, statesman like, wise and benevolent. Someone you can trust. And every ruler has played that same card.

What a crock. Worship all you want, it ain’t getting better. Not in their realm. Break the heck free.

This programming is meant to channel us back to things and people worship, at every level. That’s why idolatry, such as sun or whatever worship, is so venomous and corrosive. It’s again giving our power over to deliberately exalted entities representing mental and spiritual strongholds that capture the unwitting mind and heart. Powerful, yet short-sighted and designed to short-circuit and contain.

Yes, everything can be interpreted as symbolic but we have to see past that to the energetic level. Where are the energies flowing? To what are any of us attributing anything to? The reality that we really don’t know anything but are simply a humble part of this magnificent Source should be the foundation for anything in a Universe that is creative and giving. Skip the institutionalized symbolism. It’s used as a snare. And very deviously so.

Why Can’t People See It? 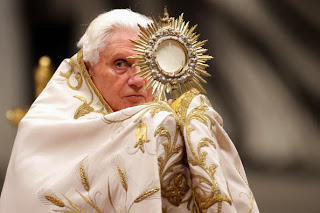 Why can’t we see anything? Like sun worship, it’s layered with esoteric entrapments. Truth is a reality of the heart, and reveals itself beyond thinking. Thinking might lead up to it, but ultimately the break comes when we enter the realm of conscious awareness that dawns on a true seeker. It’s an inner knowing. And that only comes to the sincerely committed.


Which should ultimately be all of us.

If you want to know the Truth you have to be sincere. Not a charlatan, not a power freak, not an intellectual self-exalting power grabber. Not a rat in the woodpile spy on the alternative mindset looking for inroads or ways to self promote. You have to really care, and be ready to do something about it.

The general public? What can you expect with such a bombardment of propaganda that would dwarf anyone’s resistance. I feel sorry for them. They by and large thrive on what they’re being given and the societal output we’re witnessing is evidence of garbage in, garbage out.

I’m hyper-condensing a very big subject here but what we battle on a daily basis is multi-generational and astronomical in size. It’s a massive projection on many fronts to create an ongoing sense of fear and need for security no matter how it’s couched or embedded. They do it in any way possible. And religion and similar emotionally driven belief systems built on unending insecurity are the result, as well as the cause.

The beauty is we always have the power within us to overcome it. Easily. Seeing outside entities however they are conceived, be it astral bodies, cosmic entities or deliberately layered occult symbolism posing as sources of power and salvation, it is essentially personal disempowerment. To snap out of that mindset in whatever manner is each one’s personal challenge, and answer.

While not everything is part of the grand conspiracy, and there are both benign as well as malevolent spiritual entities, this aspect is sinister trickery at its worst in our current matricized world. Yet the Truth on the other hand is empowering at its very best. Therein is our challenge.

When we grasp this do we wake up others to what’s really going on? Do we sound the alarm to others to wake up out of their stupor and hypnotic trance?

Yes. People need to wake up. They are being screwed out of their conscious humanity. Just about everything we’ve all been told is not true. And this spiritual diversion technique is just another aspect, but an essential and underlying one.

Reinspect and reinterpret everything until you find full resonance. Act from there, whatever the cost. Or it will cost you and your loved ones way more.

The answer is simple. When it seems complex and feels disempowering or compromising, dump it. Keep searching. Continually.

Elimination is a big part of learning.


“Enlightenment is a destructive process. It has nothing to do with becoming better or being happier. Enlightenment is the crumbling away of untruth. It’s seeing through the facade of pretense  It’s the complete eradication of everything we imagined to be true.” -— Adyashanti -