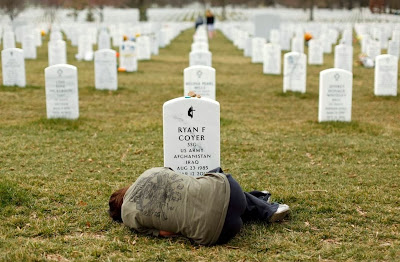 A major indicator of the deteriorating quality of conventional medical care in the U.S. [& other countries, red]  is its growing reliance on pharmaceutical drugs as a catch-all for pain and disease management.


And a new study published in the American Journal of Geriatric Psychiatry shows that this dire situation is only worsening, as many conventional doctors are no longer even properly diagnosing patients but instead just handing out medications willy-nilly in order to get patients out the door.

This is definitely true for millions of American veterans currently taking psychiatric drugs, many of whom have alleged mental conditions that were never clinically diagnosed. According to a new report out of Yale University, roughly one-third of all U.S. veterans between the ages of 65 and 85 currently taking psych drugs never received any sort of mental health diagnosis. As it turns out, less than 40 percent of those taking such drugs but not getting mental health treatment from a specialist have a legitimate mental illness diagnosis.

To arrive at this conclusion, researchers looked at the prescription practices of 1.85 million veterans, as identified in their pharmacy and encounter claims filed with the Veterans Health Administration. Specific information about each patient and his or her individual health issues was also pulled from medical records and included as part of the assessment, along with an evaluation of all other potential health issues that may have warranted a psychiatric drug prescription.

In the end, it became clear that millions of veterans have been prescribed psychiatric drugs for conditions that were never accurately diagnosed. Additionally, many of these same veterans are currently taking drugs for conditions they may not even have without the guidance of a mental health specialist. Not having a mental health specialist appears to be one the primary reasons, in fact, why so many undiagnosed veterans are taking psychiatric drugs.

According to the study, the most overprescribed medication class among veterans is antidepressants, which includes sedative drugs like alprazolam (Xanax) and diazepam (Valium), as well as mood stabilizers like gabapentin (Neurontin) and valproic acid (Depakote). Both Xanax and Valium have been linked to increasing users' risk of developing dementia, while mood stabilizers like Neurontin have actually been shown to have the opposite effect in some patients, causing them to become suicidal.

"Psychiatric medications can save lives, but they can also cause harm," says Ilse Wiechers, a psychiatrist at the Yale School of Medicine and lead author of the new study. "My work aims to ensure that older adults receive the right medicine for the right diagnosis in the safest way possible."


An abstract of the new study can be viewed for free >here>
Sources for this article include:
reuters
naturalnews
drugfree
science.naturalnews
naturalnews

Related:
Veterans With PTSD Caught in The System
Veterans are the last line of defense against tyranny
Too trapped in a war to be at peace, too damaged to be at war
At some places treated like royalty and at some like a terrorist
US Veterans arrested at memorial
Ex-Wall Streeter Created A New Way To Help Military Veterans
Dutch veterans in trouble are finally compensated