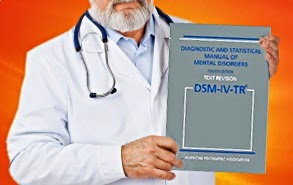 The so-called "condition" for why a person might choose to resist conformity has been labeled by the psychiatric profession as "oppositional defiant disorder," or ODD. The new DSM defines this made-up disease as an "ongoing pattern of disobedient, hostile and defiant behavior," and also lumps it in alongside attention deficit hyperactivity disorder, or ADHD, another made-up condition whose creator, Dr. Leon Eisenberg, admitted it to be phony on his death bed.

As you might suspect from this type of open-ended description, almost any personal behavior perceived by someone else to be undesirable or strange might be categorized as symptomatic of ODD. Children who throw temper tantrums or fight with their siblings, for instance, might be declared to have this supposed mental illness, as might children who express disagreement with their parents or teachers.

Disobedience and defiance are common behaviors among young children, and parents have long dealt with such behaviors by exercising proper discipline. At the same time, not all forms of disobedience and defiance are wrong, depending on the authority involved and the action petitioned. A child who is told by his teacher to keep his unpopular opinions to himself, for instance, and who resists this order might simply be exercising his freedom to express disagreement.

But that's the problem with categorizing conditions like ODD so loosely, as virtually any uncommon behavior can be declared to be oppositional or defiant simply because it bucks the status quo. Famous minds of the past like Thomas Edison and Alexander Graham Bell, for instance, whose unconventional ideas might have seemed crazy in their day, are the types of folks who today might be declared to have ODD or some other type of mental disease.

An even greater danger to using this subjective approach in the diagnosis of mental illness is that it threatens to curtail freedom of speech and political dissent. The federal government has already tried to declare those who oppose its tyrannical policies, or who simply question them, as having "political paranoia," a type of mental illness.


Characterizing non-conformity as 'mental illness' a hallmark of totalitarian government

Such outlandish abuse of the medical system for controlling popular thought is nothing new. Many authoritarian governments, including the former USSR, implemented similar mental health programs that categorized dissenters as having chemical imbalances in need of a remedy. Today, that remedy is often mind-altering, psychotropic drugs with devastating side effects.

"Psychiatric incarceration of mentally healthy people is uniformly understood to be a particularly pernicious form of repression, because it uses the powerful modalities of medicine as tools of punishment, and it compounds a deep affront to human rights with deception and fraud," explains a 2002 analysis and commentary on the abuse of psychiatry in both the Soviet Union and China that was published in the Journal of the American Academy of Psychiatry and the Law.

"Doctors who allow themselves to be used in this way... betray the trust of society and breach their most basic ethical obligations as professionals."

You can view this study, which has powerful implications for what the psychiatric profession is becoming today, here

12 Shocking Facts About the Dangers of Psychiatric Drugs

1. No Physical Test Can Prove the Existence of a “Mental Disorder”
No blood, urine, or chemical imbalance exam can test for the presence of a mental disease or illness. Even x-rays or brain scans can’t show the presence of a “mental disorder.” [1] This leads many to believe that healthy patients have a great possibility of being diagnosed with supposed “disorders” even if they are only displaying minor symptoms. Many of these symptoms include stress and difficulty concentrating — issues that can often be chalked up as a natural response to everyday stress.

2. The Psychiatric Industry is a $330 Billion Industry
That’s a huge number and many forces are at work to preserve and grow it. While most physicians are not mercenary in their approach to prescribing medications, there is an argument to be made for the possibility of a conflict of interest when it comes to the rise of psychiatric prescriptions. [2]

3. Worldwide, Over 100 Million People Take Psychiatric Drugs
That seems like an astoundingly high number. What’s going on that so many among us feel the need to be medicated? [3]

4. U.S. Department of Veterans Affairs: 23 Soldiers and Vets Commit Suicide Every Day
The most shocking part of this statistic is that it exists despite the use of antidepressants. [4] These suicides are often due to post-traumatic stress disorder coupled with the inability to cope with civilian life. [5] So far, the solution has just been more psychiatric drugs.

5. Worldwide, 17 Million Children Take Psychiatric Drugs
To say that this is a dangerous epidemic is an understatement. Regulatory agencies in Europe, Australia, and the United States have issued warnings about the potential for anti-depressants to cause suicide or hostility and rage. [6]

6. 10 Million of These Kids are in the United States
That means the United States has 30% more children than the rest of the world on addictive stimulants, antidepressants, and other mind-altering drugs. [7]. That’s not a number one position to be proud of.

7. FDA Warnings Have Been Issued for Ritalin and Concerta
And they aren’t alone, and other psychiatric stimulants have had similar warnings issued for their effects on children. [8] What’s the problem? Well, for starters, these drugs may cause psychotic behavior, heart attack, stroke and sudden death. If that’s not enough, add suicidal thoughts and inclinations toward violent behavior to the list.

8. Antidepressants Come With a Warning Label
In 2004, the FDA finally ordered a “black box” label on all antidepressants to warn of psychiatric drugs’ increasing suicide risk in children and adolescents. Being an adult, however, doesn’t guarantee safety. In 2006, the FDA increased the age to include young adults up to age of 25. [9]

9. Children Five and Under Are the Fastest Growing Group Being Prescribed Antidepressants
Think of all the kids under five you know — they’re the target for these drugs. [10] Now picture this, from 1995-1999, antidepressant use increased 580% in ages 6 years and younger. It grew 151% in the 7-12 age group during the same time period. [11] Without action, it’s only going to go up from there. Do you think children should take these drugs? Watch this video and decide for yourself…

10. 10% of Teens Abuse Ritalin and Adderall
That’s according to a U.S. news report. [12] No surprise, these drugs have a tendency to be highly addictive. [13] Unfortunately, because kids are prescribed these drugs en masse, availability isn’t much of an issue. They don’t need to over to skid row to pick this stuff up.

11. General Physicians Prescribe 70% of Psychotropic Drugs
No offense to family practice physicians, but should they be the ones prescribing the majority of these mind medicines? [14] Pragmatically, this statistic literally means that a majority of these drugs get used without a psychiatric evaluation to determine if they’re necessary, appropriate, or safe.

12. Some Reports Show Antidepressants are No Better than Placebo
While published reports do show 94% effectiveness, taking a look at the total reports submitted to the FDA, only 50% reported positive outcomes. That being said, around 50% of patients would be better off taking a placebo. In addition, 31% of the 74 FDA-registered studies have never been published. [15] Sound like a complicated number soup yet? It is, a 2009 analysis showed traditional pharmaceutical drugs yield inconsistent results. [16]

A Final Thought…
While not everyone will succumb to the negative effects of psychiatric drugs, the risk of negative side effects cannot be ignored and should absolutely be thoroughly discussed and understood. In some cases, natural remedies for mood support may be a viable option. If you want to learn more about this insanity? You have to watch this video…

The Marketing of Madness: The Truth About Psychotropic Drugs 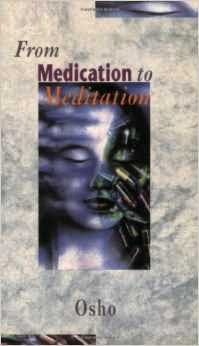 From Medication To Meditation

The whole society is geared for work. It is a workaholic society. It does not want you to learn relaxation, so from the very childhood it puts in your mind anti-relaxation ideas.

I am not telling you to relax the whole day. Do your work, but find some time for yourself, and that can only be found in relaxation… And you will be surprised that if you can relax for an hour or two hours out of every twenty-four hour, it will give you a deeper insight into yourself. It will change your behavior outwardly – you will become more calm, more quiet. It will change the quality of your work – it will be more artistic and graceful…

Relaxation has miraculous powers… Relaxation can transform you to such beautiful heights – and it is such a simple technique… It will bring new light to your eyes, a new freshness to your being, and it will help you to understand what meditation is. It is just the first step outside the door of the temple of meditation. With just deeper and deeper relaxation it becomes meditation..

Your so-called religions have made you very tense, because they have created guilt in you. My effort here is to help you get rid of all guilt and all fear.. I would like to tell you: there is no hell and no heaven… all that exists is this moment. You can make this moment a hell or a heaven… Hell is when you are all tense, and heaven is when you are all relaxed. Total relaxation is paradise.


Related:
You decide. Guns or medication?