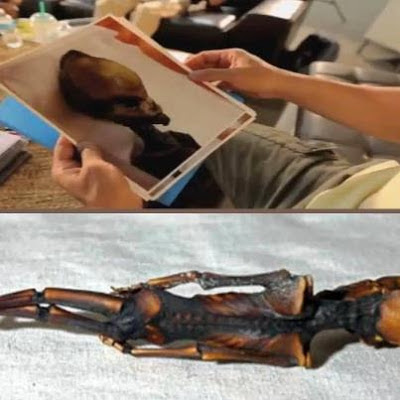 Dr. Steven Greer: "After many weeks of travel, we are back to report that amazing results have been obtained from our study of the small -possible ET- body".

Steven M. Greer (June 28, 1955) is an American osteopath and ufologist who founded the Orion Project and The Disclosure Project.

Greer says, "Dr. Bravo, Emery Smith and I traveled to the country that is now home to this small possible ET body and were able to successfully obtain extensive X-Ray and CT Scans of the entire body. We were also able to obtain DNA samples under sterile, surgical conditions. These DNA samples are now being studied by one of the world’s top geneticists."

The X-Ray and CT scan show an intact, actual biological humanoid organism, without question. Astonishing 3-D images were able to be constructed of the body from the detailed CT scan, and we were able to see internal organs such as lungs and what I am fairly sure is a heart structure.

Greer adds that "These images have just been examined by the world’s foremost authority on skeletal abnormalities, dysplasias and fetal skeletal syndromes and he has stated that this being is unlike any known skeletal structure found in humans. We also know that it is not an ancient hominid, and while humanoid, not apparently human."

Both this expert as well as the radiologist who is head of the imaging center where all X-rays and CTs were done have stated that the bone density precludes the body being that of a 20-22 week aborted human fetus. There is just too much calcium in the bone for this being to have been the result of a fetus of that age. Both doctors feel that the being was post-natal at the time of death (that is had lived for some time outside the womb, if indeed a womb is involved…).

The procedures for the DNA studies are complex and time-consuming. Literally the state-of-the-art technology available on earth will be brought to bear on this study, and the team of experts are without a doubt the most advanced and professional team that could possibly be assembled. The DNA studies will take around 2 months, and possibly longer.

The being was found in Atacama desert in South America and how people near where the Being was found spoke about seeing these Beings and egg shaped ET craft.

Dr. Greer put that information together with the testimony of Jonathan Weygandt who as a Marine was in that area at the site of a downed egg shaped ET craft. Both the film interview with Weygandt and his transcribed testimony have been provided to the filmmakers. Weygandt’s testimony is fascinating because not only was he right next to this craft that he describes as “shaped something between an egg and a teardrop”, “dynamic” and “really organic”, but he felt the occupants of the craft were trying to communicate with him. Extraordinary! And from a Marine!

Other tiny aliens have been reported and photographed. Tiny alien reportedly found in Russia after a UFO crash: 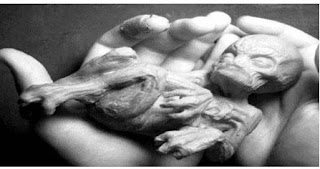 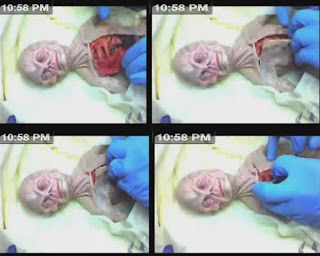