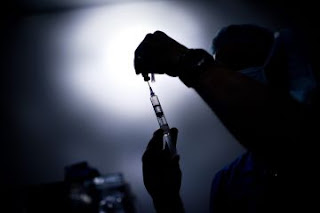 Eight hundred children in Europe have developed narcolepsy after taking the swine flu vaccine, according to Reuters.

Reuters reported the children in Sweden and across Europe came down with the sleep disorder after being vaccinated with the Pandemrix H1N1 vaccine which is made by GlaxoSmithKline.
Regulators there have ruled Pandemrix should not be given to anyone under the age of 20.
Emmanuel Mignot, a Stanford University sleep disorder specialist, said "there's no doubt in my mind whatsoever that Pandemrix increased the occurrence of narcolepsy onset in children in some countries - and probably in most countries."

Everyday Health reported about 30 million people received the vaccine and that a link between the sleep disorder and Pandemrix has been under investigation since 2010.
However, the company said there was not enough information to link the two.
Meanwhile, Finland, Sweden, France, Norway and Ireland have seen a recent  increase in narcolepsy, according to Everyday Health. 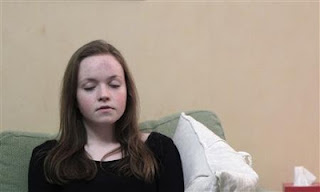 Emelie is one of around 800 children in Sweden and elsewhere in Europe who developed narcolepsy, an incurable sleep disorder, after being immunised in 2009 with the Pandemrix H1N1 swine flu vaccine made by British drugmaker GlaxoSmithKline.

Emelie is plagued by hallucinations and nightmares. When she wakes up, she’s often paralyzed, unable to breathe properly or call for help. During the day she can barely stay awake, and often misses school or having fun with friends. She is only 14, but at times she has wondered if her life is worth living.

Emelie is one of around 800 children in Sweden and elsewhere in Europe who developed narcolepsy, an incurable sleep disorder, after being immunized with the Pandemrix H1N1 swine flu vaccine made by British drugmaker GlaxoSmithKline in 2009.

Emelie’s parents, Charles and Marie Olsson, say she was a top student who loved playing the piano, taking tennis lessons, creating art and having fun with friends. But her life started to change in early 2010, a few months after she had Pandemrix. In the spring of 2010, they noticed she was often tired, needing to sleep when she came home from school.

But it wasn’t until May, when she began collapsing at school, that it became clear something serious was happening.

As well as the life-limiting bouts of daytime sleepiness, narcolepsy brings nightmares, hallucinations, sleep paralysis and episodes of cataplexy - when strong emotions trigger a sudden and dramatic loss of muscle strength.

In Emelie’s case, having fun is the emotional trigger. "I can’t laugh or joke about with my friends anymore, because when I do I get cataplexies and collapse," she said in an interview at her home in the Swedish capital.

Narcolepsy is estimated to affect between 200 and 500 people per million and is a lifelong condition. It has no known cure and scientists don’t really know what causes it. But they do know patients have a deficit of a brain neurotransmitter called orexin, also known as hypocretin, which regulates wakefulness.

Research has found that some people are born with a variant in a gene known as HLA that means they have low hypocretin, making them more susceptible to narcolepsy. Around 25 percent of Europeans are thought to have this genetic vulnerability.