The Syrian Crisis as an Opening to Global Disarmament 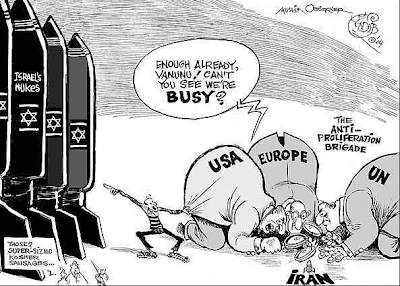 
If little Syria is going to be made to hand over its government’s chemical weapons, why should not the aroused superpower of global public opinion demand the same of USA, Israel, Russia, France, UK, China, etc.?

As polities that have made ample use of chemical weapons, including Agent Orange, white phosphorous and depleted uranium, the US and Israeli governments are in especially duplicitous positions in making demands that the Assad regime rise to standards that the world’s most militarized polities do not themselves meet.


What international agency is in a position these days to be trusted when it comes to accepting the turnover of chemical weapons? Why should we have any confidence that disarmament agencies dominated by countries with huge repositories of chemical weapons and other weapons of mass destruction should be trusted as honest brokers accountable to humanity’s best interests?

While we are in the process of gathering up chemical weapons, but especially from those countries that have deployed them, why not demand that the client states of the big military companies and the banks that finance them hand over biological and nuclear weapons too. To state the obvious, these weapons of mass destruction pose a huge threat to the continued security of all life on Earth? There can be no true “national security” for any country when the unbridled reign of war profiteers, war mongers and their pet disinfo agents in the media pose a huge threat to humanity’s global security, our international security, our education security, our health security, and the ecological security of all life forms on Earth.

The worsening, largely concealed and still-unaddressed debacle at the Fukushima #1 nuclear power plant in Japan draws attention to the fact that the nuclear industry’s assault on global security emanates as much from the proliferation of nuclear power plants as from the proliferation of nuclear weaponry. The effects of deployed chemical weaponry in Syria are small compared with the accelerating assault on global public health emanating from the spewing, oozing triple melt downs underway at Fukushima.
>read more>>