What crisis? Billionaires’ fortunes double since 2009 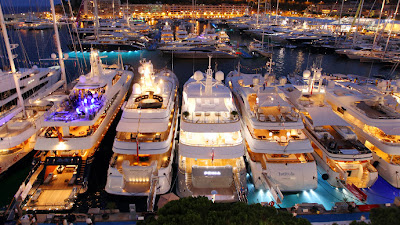 Amidst a sea of lost jobs, slashed wages and austerity measures, the super-rich seem super-resistant, with their wealth doubling since the financial crisis, adding $226 billion to their wealth in the last year alone.


The Wealth X and UBS Billionaire Census 2013 makes for sobering reading, in that it seems to confirm many peoples’ suspicions that the financial crisis, while a nightmare for so many, has actually been a windfall for the world’s richest.

To better grasp the vast wealth of the ultra-high net-worth individuals (UHNW), their combined fortunes are now greater than the GDP of any country aside from the United States and China, and could fund the entire US budget deficit until 2024, according to the report.

The combined fortune of the world's billionaires now stands at $6.5 trillion, up from $3.1 trillion in 2009, according to the Billionaire Census. On an interesting side note, the bulk of the wealth of the world’s richest derives from the recently rescued financial and banking sector (17 percent), with manufacturing making up just 8 percent.


The United States leads the billionaire class with 515, for a combined wealth of over $2 trillion dollars. China comes in a distant second place with 157; followed by Germany at 148; the United Kingdom at 135; and Russia with 108.

Of the 2,170 billionaires, 87 percent are male, while the four ‘mega-billionaires’, who each have a net worth of more than US$50 billion, are self-made individuals. These mega-billionaires are Bill Gates, Carlos Slim, Amancio Ortega Gaona and Warren Buffet.
>read more>>

Related:
Red Cross launches first emergency food aid for UK since WWII
When the banks drive us into poverty, what is the solution?
Gold Buying Panic In China: 10,000 People Wait In Line For Their Chance to Own Precious Metals
When the Odds Seem Overwhelming – Deconstructing the Great Normal
Cyprus’ President-related company transfers €21mn to London prior to bailout agreement