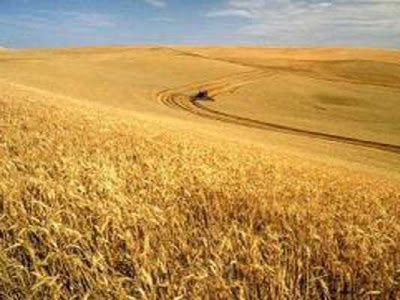 Japan has suspended imports of some US wheat after genetically engineered crops were found on an Oregon farm, a government official said Friday.

Tokyo's move came as the European Union told its member states to test imports from the area, saying any genetically modified wheat would not be sold to consumers.
Japan's farm ministry on Thursday cancelled a bid for 25,000 tonnes of Western White, a soft white wheat produced in the Pacific northwest, a ministry official said, in the wake of the discovery of the modified wheat.

"As long as the situation remains unchanged, we have no choice but to avoid bidding for the product," the official said, adding Tokyo's annual imports of the brand total 800,000 tonnes.
"We are asking US authorities to disclose information related to the incident as quickly as possible," the official said. Other types of US wheat are not affected.
Japan imports around five million tonnes of wheat a year, 60 percent of which is from the US, making it one of the largest importers of the crop.

It does not allow GM wheat. Imports make up 90 percent of the wheat the country consumes.
The US Agriculture Department announced the discovery of the modified wheat on Wednesday. No genetically engineered wheat has been approved in the United States for commercial production.

The US department also said it was the same breed as a genetically modified herbicide-resistant wheat tested by seed giant Monsanto between 1998 and 2005, but never approved.
"We are taking this situation very seriously and have launched a formal investigation," said Michael Firko, an official of the US farm department, which says the genetically engineered wheat is safe to eat.

In Brussels, the European Commission said Thursday it has asked EU member states to check imports of wheat from the United States which may be tainted with the genetically modified strain.

The Commission, the European Union's executive arm, said it had informed the 27 member states of the problem, "recommending (they) test the consignment of soft white wheat" in question.

"In case of a positive confirmed result, the consignment shall not be placed on the market," it said in a statement.
Soft white wheat accounts for about 80 percent of US wheat imported annually by the EU, with most of it going to Spain.