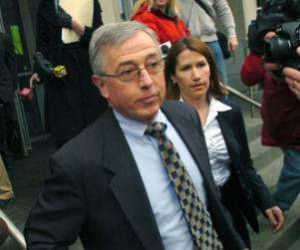 Pennsylvania judge Mark Ciavarella Jr. has been sentenced to almost three decades in jail after conspiring with private prisons to trade kids for cash.

In the private prison industry, longer sentences earn more money from the state.

Since 2003, Ciavarella received millions of dollars in bribes for condemning minors to maximum prison sentences. In one case, Ciavarella sentenced a 10-year-old to two years in a detention facility for accidentally bottoming out his mother’s car.

According to the Pennsylvania Supreme Court, over 5,000 young men and women were unjustly sentenced to prison and denied their constitutional rights. Many of them have now been released and cleared of their charges.

The Pennsylvania Supreme Court has overturned some 4,000 convictions issued by him between 2003 and 2008, claiming he violated the constitutional rights of the juveniles – including the right to legal counsel and the right to intelligently enter a plea. Some of the juveniles he sentenced were as young as 10-years old.

Ciavarella was convicted of 12 counts, including racketeering, money laundering, mail fraud and tax evasion. He was also ordered to repay $1.2 million in restitution.

His “kids for cash” program has revealed that corruption is indeed within the prison system, mostly driven by the growth in private prisons seeking profits by any means necessary.

Ciavarella, known for his harsh and autocratic courtroom manner, was convicted of racketeering, money laundering, mail fraud, and tax evasion. He was ordered to pay $1.2 million in restitution.

Ciaveralla’s attorneys requested a reasonable sentencing, arguing that the media attention brought to the case was punishment enough: “He will forever be unjustly branded as the `Kids for Cash’ judge.”

Pennsylvania judge Michael Conahan was accused as a co-conspirator, but pleaded guilty on the charge. Since 2003, he collected more than $2 million from PA Child Care and Western PA Child Care detention centers.