PENTAGON: Chinese Hackers Have Stolen Data From 'Almost Every Major US Defense Contractor' 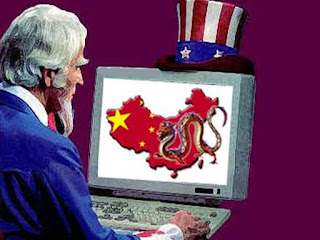 For the first time the Obama administration has explicitly accused China’s military of hacking into computer systems of the U.S. government and its defense contractors.

"The accusations relayed in the Pentagon’s annual report to Congress on Chinese military capabilities were remarkable in their directness," writes David Sanger of The New York Times.
That may be because the extent of the theft is remarkable in its scope.

Last week Michael Riley & Ben Elgin of Bloomberg reported, citing two former Pentagon officials, that "Chinese computer spies raided the databanks of almost every major U.S. defense contractor and made off with some of the country’s most closely guarded technological secrets" over the last six years or so.

“All their code and trade secrets are gone,” Phil Wallisch, senior security engineer at HBGary, wrote in an e-mail after being briefed on the cyber espionage.Bloomberg notes that the QinetiQ hack "compromised information vital to national security, such as the deployment and capabilities of the combat helicopter fleet."

From 2006 to 2008 former CIA Director George Tenet was a director of the company, and former Pentagon spy chief Stephen Cambone headed a major division.
One spying stint in 2009 netted the equivalent of 1.3 million pages of documents that included highly sensitive military technology, according to Bloomberg.
The Pentagon report warned that the information could easily be used for “building a picture of U.S. network defense networks, logistics, and related military capabilities that could be exploited during a crisis.” 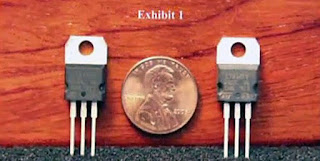 China already sells counterfeit computer chips that contain back doors to U.S. weapons makers, meaning that it can potentially access a system without detection to affect its operations.


Taken together, China's map of U.S. military capabilities and its ability to shut some of them down is big trouble for America in any armed conflict.
Here's what Richard Clarke, former special adviser to President George W. Bush on cybersecurity, told Bloomberg:
“God forbid we get into a conflict with China but if we did we could face a major embarrassment, where we try out all these sophisticated weapons systems and they don’t work,” said

Louis P. Feuchtbaum, a former assistant district attorney in the Bronx who has worked extensively with electronic fraud, explained China's mindset to BI:
"'Yeah, [the U.S. has] all these resources here but we know that their bombs aren't going to work, their planes aren't going fly, that we could invade their communications, that we can disrupt their supply chains once we go in the back door and … shut down those functionalities.'"