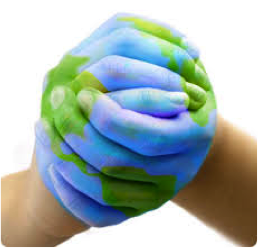 We’re losing many of our old systems as we go through this paradigm shift. Just as a caterpillar goes inside its cocoon to transform, we are in the midst of a similar transformation on this planet.  Let’s briefly examine the major industrial based systems that will need to be shifted as we go.

Industrial based educational systems that are structured to create obedient workers, indoctrinated with limiting beliefs about our world, learning information that is irrelevant and obsolete are boring our children.  When we have instant access to information at our fingertips now, the school systems have become dinosaurs.  Teachers are struggling to make it work.  Rather than fight this shift, we can start to teach our children to discover and follow their passions and talents and allow them to pursue these with a vigor that will make them masters of life.

Genetically modified organisms (GMO’s) need to be eradicated from our food supply immediately.  The negative long-term effects are damaging to the health of humanity and the natural ecosystems of the planet.  Chemicals pervade our foods through pesticides, processed foods, and through GMO seeds, often without the end-user (YOU!) knowing exactly what you are putting into your body.  The same goes for fluoride in the water supply and even all the chemicals in the cosmetic industry.  This needs to stop immediately and people need to self-educate on proper nutrition to maintain a healthy body with the proper pH balance.

Emerging solutions:  nutrition education, learning about the alkaline / pH balance of our bodies and natural cures for all diseases, making conscious choices and being fully responsible for your own health.

This is another area where we’ve been tremendously misled and self-education had been necessary to keep people informed. Instead of attacking natural medicinal remedies, we need to understand that many of the so-called wonder drugs that the pharmaceutical industry is trying to push on us are attempts to synthetically copy natural remedies so that it can be patented and sold for profit in a multi-billion dollar industry. Conventional Western based medicine seems to lack the correlation between nutrition, diet, emotional well-being and the physical symptoms afflicting patients.

Emerging solutions:  self-education to become empowered, taking a holistic approach to your health by making conscious dietary choices, daily exercise, natural cures to many diseases, a greater understanding of the mind-body-spirit connection.

We’ve already seen many cracks in the façade of this system happening already.  More are coming as our debt based
economic system is reaching the end of its life.  I believe we will need to see mass debt forgiveness to release the hold of a defunct system that is currently strangling far too many people and nations. We will also need a new currency system backed by precious metals that is not controlled by a few elite families or groups but rather here to support the people of the planet.  We need to allow creative solutions to emerge that will benefit all of humanity, not just the select group of elite.

Our global natural resources are at risk because of how we are using them. Rather than allowing a world to be built upon a renewable system within nature, we’ve been slowly draining the planet of life by disrupting the forests and using fossil fuels that are damaging to the air we breathe among other things. We have the knowledge for free energy already available. Rather than suppressing these technologies, we must allow them to be shared and integrated.

Emerging solutions:  solar and wind power, free energy solutions that have been repressed

Our legal system is dysfunctional at best but more so detrimental to humanity.  Most countries have created a system based on maritime law or corporate law which has allowed the system to spin out of control instead of following common law or constitutional law ,which has the best interest of the people.  The system is feeding off of itself at the expense of the people with laws that are clogging up the judicial system.  This area is in need of complete overhaul.

Emerging solutions:  hold prosecutors, judges, police, and investigators accountable for any mistakes so that they will face severe penalties and incarceration for not being thorough or suppressing evidence to the detriment of another.

Corruption and deceit is running rampant in our governments.  We need full transparency to eliminate those politicians who are not keeping the interests of their constituents in the forefront of all their decisions.  Stop with the façade of choices when the true people in control behind the scenes need to be exposed for the damage they’ve done to humanity.

We’re seeing a huge breakdown of the religious control we’ve been under for centuries, particularly with the resignation of the Pope.  Much will come to light as to the depth of deception and lies that have been perpetrated by our mainstream religions.  What is happening to individuals is an awakening to their true inner spirit and connection to all that is.  No longer is it necessary to have our beliefs filtered through manmade rituals and interpretations but rather, we can learn to trust our own intuition and reach what feels right within ourselves.

Emerging solutions:  spiritual evolution as individuals are discovering the power they have within themselves to become empowered, love as a universal spiritual connection.

The arm of propaganda is starting to be revealed.  In 1983, 90% of the media was owned by 50 companies.  In 2011, 90% was owned by only 6 companies.  The information being feed to us through this system is fear based and set on instilling certain limiting belief systems in the masses through TV, film, print, and music industries.  Alternative news outlets are growing in numbers as people are seeking the truth and want to understand issues from all perspectives rather than a very narrow viewpoint.

We’ve seen plenty of evidence of this system being dysfunctional as major corporations are floundering and plagued with scandals and crisis’.  Large companies that have total disregard for the negative effects they have on the people and the planet will no longer be tolerated.  Customers are becoming savvy as to where they will spend their money.  Total transparency makes it possible to be discerning.  Companies that are embracing this will succeed long-term; those who do not simply will not succeed into the future.  Consumers are becoming informed, engaged, and empowered and have the ability to stop.

Emerging solutions:  companies that focus on the triple bottom line of people, planet and profits, social entrepreneurship, the B Team, B Corporations, GameChangers500, Evoloshen 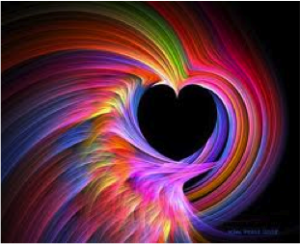 All of our old systems are fear based and not sustainable.  We are seeing a mass global awakening happening.  It doesn’t matter which angle you approach it because it all leads to the same greater understanding of who we are and how our world works:

Everything is energy and we are one.
We are infinite spiritual beings sharing a human experience on this planet and we are all unique expressions of one greater energy source.   We are all connected, our actions affect others.

It’s time for transparency and full disclosure of our true origins.  Our history books have been distorted and manipulated to hold us back from reaching our true potential. That time is now over and no matter what path one takes, it will be a journey back to this full understanding, to a higher level of awareness or consciousness.

We have far greater potential within us than we even realize. We are not alone in this Universe and there are benevolent galactic beings watching over us and ready to support us in our transition to a higher level of consciousness.

When you first come across information that is completely opposite of what you had believed, the first reaction is denial—“this simply can’t be”—and you try desperately to hold onto your reality as you have perceived it.  But once that door has been cracked open, the light begins to filter in.  As you begin to question and discover the truths, you may become very angry about all the lies and betrayal.  Systems you had believed in, fought for, were an active participant, turn out to be based on lies.  It can be uncomfortable as you experience cognitive dissonance.

Once the truth has settled in however, then there is a level of acceptance and of choosing to step out of the matrix.  You become empowered when you understand that you do not need to be a part of that system any longer.  You have a choice on how to react.  When you reach a point where you can forgive the perpetrators and move on to focus on the solutions rather than the problems, then you—and the world—begin to evolve.

It’s time for each and every person on this planet to become empowered.

Now is the time to understand that the world is not as we have learned it was, and it’s time to take control of your own life.  It’s time to release the victim mentality and become a victor.  We’ve all learned lessons and now it is time to become the very best versions of ourselves.  Only you can do that. And collectively… we can transform the world!


Gregg Braden: "The World of the past no longer works"