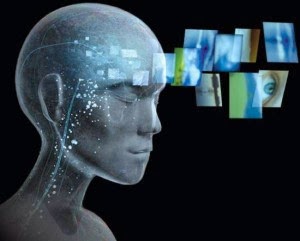 
One example of this is how the mind has a capacity to influence the output of devices known as Random Event Generators(1). Another example are the multitude of declassified papers that deal with ‘paraphsychological’ phenomenon. For example, government experiments revealed human beings are capable of bending physical material objects with their minds.(2)(3)

Another great example is what’s known as the “double slit experiment.” This study found that factors associated with consciousness such as meditation, experience, and electrocortical markers of focused attention have an influence on material reality. (4) I also think it’s important to throw in the remote viewing experiments conducted by the NSA, CIA and Stanford University. (5)

Another great example is the Placebo Effect, the documented fact that we can transform our biology with belief.

We constantly receive comments saying that there is no scientific evidence for the correlation between consciousness and physical material reality. However, there are a number of published studies done by experts, for experts, scientists, and academic institutions all over the world. Work is available in a number of respected peer reviewed journals that clearly demonstrate it. For a selected list of more examples click here.

I just wanted to make it clear that it’s pretty clear that human intention and consciousness does correlate with the physical material world. Why this isn’t the topic of rigorous investigation by universities world-wide is curious. The implications of this information are far reaching and relevant to many factions of society (health for example).

Knowing that human consciousness and intent can alter our physical world lends further credibility to a study conducted by scientists at the Institute of Noetic Sciences.

The study examined the roles of intention and belief on mood while drinking tea. It explored whether drinking tea “treated” with good intentions would have an effect on mood more so than drinking ordinary tea. The study was done under double-blind, randomized conditions. (6)

“Each evening, for seven days in a row, volunteers recorded their mood using the Profile of Mood States (POMS) questionnaire. On day three, four, and five of the test, each participant drank 600 mL of oolong tea in the morning and again in the afternoon. One randomly assigned group blindly received tea that had been intentionally treated by three Buddhist monks; the other group blindly received untreated tea from the same source. On the last day of the test, each person indicated what type of tea he/she believed they had been drinking.” (6)

The authors also noted that the belief that one was drinking treated tea directly correlated with a large improvement in mood, but only if one was actually drinking the treated tea. This indicated that belief and intentional enhancement interact.  The authors also mentioned another very interesting point, that “esthetic and intentional qualities associated with the traditional tea ceremony may have subtle influences that extend beyond the ritual itself.” (6)


How Can We Apply These Concepts To Our Everyday Lives

We can apply these concepts in a number of ways. Before you eat, or drink water for example, put love into it, put good intention into it, be thankful for it. Your intent and emotions behind the consumption of food and water can have a direct impact on your physical body. To take a look at what thoughts and intentions do to the structure of water, click here. If thoughts can do this to water, just imagine what they can do to us.

We can also apply these concepts to our health, just like the placebo effect. But the main point I want to get across is that we can use the power of human intent, prayer, consciousness, whatever you want to call it to help change, transform and re-build our world. This is already taking place – one aspect of consciousness is perception, how we perceive the world. Throughout human history, our perception of the ‘truth’ has continually changed. New discoveries and more are responsible for changing this perception. This shift in consciousness alone changes our world.

We are one race led to believe that we are divided. This is changing, however, as more and more people are realizing that we do not belong to a country, or a sect of people, but rather we belong to planet Earth and we are ONE human race. Many people have perceived the planet as a 9-5 grind, grow up, get an education and get a job. Because this was our perception for so long, we ended up prolonging it, creating it and reinforcing it. This is changing, and more people are beginning to see that it doesn’t have to be this way. More people are coming to the same conclusions of how our world has  really been operating, that it is different to what we have been told it is, to what we have believed it has been for so long. We are merging into one perception.

Consciousness is powerful, and a big threat to the ones who want to control us, and force us into a system that doesn’t resonate. If you control the consciousness of the people, control their perception, you control the world. It’s time for us to take back control, and create a new experience for the human race.

What would happen if the entire human collective basked in the vibration and thoughts of love, peace, cooperation, understanding, and non-judgement? We would transform our world. So send out these intentions to the Earth, and you will assist in its transformation.


Related:
The power of prayer
Animals Possess Same Consciousness As Humans: Cambridge Declaration on Consciousness
You Are Yin and Yang and Always Have Been
The Illusion Of Matter: Our Physical Reality Isn’t Really Physical At All
Top 10 Spiritual Truths We Weren’t Taught in School