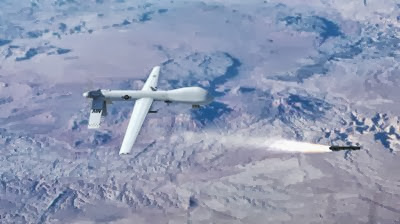 US drone strikes could be classed as war crimes, killing more civilians than terrorists.

US officials responsible for the secret CIA drone campaign against suspected terrorists in Pakistan may have committed war crimes and should stand trial, a report by a leading human rights group warns. Amnesty International has highlighted the case of a grandmother who was killed while she was picking vegetables and other incidents which could have broken international laws designed to protect civilians.


The report is issued in conjunction with an investigation by Human Rights Watch detailing missile attacks in Yemen which the group believes could contravene the laws of armed conflict, international human rights law and Barack Obama's own guidelines on drones.

The reports are being published while Nawaz Sharif, Pakistan's prime minister, is in Washington. Sharif has promised to tell Obama that the drone strikes – which have caused outrage in Pakistan – must end.

Getting to the bottom of individual strikes is exceptionally difficult in the restive areas bordering Afghanistan, where thousands of militants have settled. People are often terrified of speaking out, fearing retribution from both militants and the state, which is widely suspected of colluding with the CIA-led campaign. 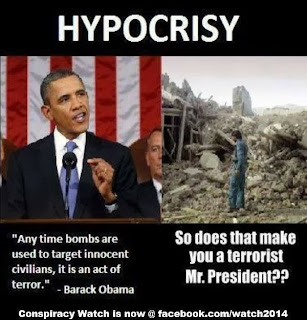 There is also a risk of militants attempting to skew outside research by forcing interviewees into "providing false or inaccurate information", the report said.

But Amnesty mounted a major effort to investigate nine of the many attacks to have struck the region over the last 18 months, including one that killed 18 labourers in North Waziristan as they waited to eat dinner in an area of heavy Taliban influence in July 2012. All those interviewed by Amnesty strongly denied any of the men had been involved in militancy. Even if they were members of a banned group, that would not be enough to justify killing them, the report said.

"Amnesty International has serious concerns that this attack violated the prohibition of the arbitrary deprivation of life and may constitute war crimes or extrajudicial executions," the report said. It called for those responsible to stand trial.

The US has repeatedly claimed very few civilians have been killed by drones. It argues its campaign is conducted "consistent with all applicable domestic and international law".

The Amnesty report supports media accounts from October last year that a 68-year-old woman called Mamana Bibi was killed by a missile fired from a drone while she was picking okra outside her home in North Waziristan with her grandchildren nearby. A second strike minutes later injured family members tending her.

If true, the case is striking failure of a technology much vaunted for its accuracy. It is claimed the remote-controlled planes are able to observe their targets for hours or even days to verify them, and that the explosive force of the missiles is designed to limit collateral damage. As with other controversial drone strikes, the US has refused to acknowledge or explain what happened.


Related:
Drones coming to skies near you [BBC News]
Shutdown? US opens drone facility in Germany