Humanity is Waking Up to the Intelligence of Nature 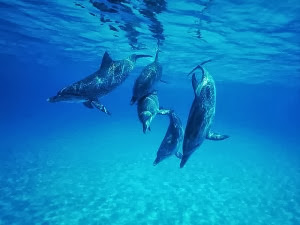 There’s a heightening level of awareness within the human race with regards to nature and all that is contained within it.


Everything from the discoveries of the rudiments of language in monkeys, metacognition in dolphins, self-awareness of elephants, the ability for animals to tell “right” from “wrong”, to the creation and extension of the bills of rights for animals and plants by countries such as Switzerland and Ecuador, as well as the acknowledgment of dolphins as being non-human persons.

There’s a growing awareness by humanity that nature and its inhabitants are not as primitive and simple as it may have been believed to be the case in the past. With this growing awareness, comes growing understanding of the unity that humanity has with the environment within which it exists. This sense of unity with nature is not something new and indeed has been the primary position of awareness for many societies in existence before their industrialization.


In today’s post-modern societies, there is a resurgence of that connection with the biosphere and interconnected organism that is the planet and all that exists within its domain. As more discoveries are made, greater awareness shines down on humanity’s collective consciousness and thereby, allowing us to evolve the transpersonal consciousness to a level where the ego is no longer the dominator of the Self.

Science can be a wonderful thing. It can prove without a doubt what may have been suggested in times past, but was not completely understood as being the absolute truth, which always left a bit of doubt or confusion. However, with continuous scientific discoveries occurring all the time, it is of great fortune that we are able to attain substantial data and knowledge concerning the environment and all that it encompasses.

With these new discoveries, it is being quite apparent that humans have mistakenly been ignorant and arrogant concerning the mineral, plant, and animal kingdoms with respect to their levels of sophistication, evolution, consciousness, and awareness. If we were to start looking at the mineral kingdom, much can be seen from recently-made discoveries.

Of course, there has been such an influx of findings that they would be able to fill up an entire book. However, just a few will be looked at in order to demonstrate the point at hand. All of the discoveries and findings mentioned within this article have been announced publicly within the last few years.

Rocks have been looked at as generally non-living, inanimate, unconscious, and completely devoid of any life-like characteristics, even though everything in nature possesses self-organization. However, stunning new evidence shows the incredible diversity of crystals and minerals after the rise of life on this planet and points to the reality that rocks, like plants and animals, have been evolving all this time, and we did not even realize it until now. This idea is being called “mineral evolution,” which is the concept that many of the our planet’s rocks, minerals and crystals are dynamic species which emerged and transformed over time.

Of course, the evolution of the mineral kingdom is not exactly the same as the evolution of the plant and animal kingdoms, since minerals do not mutate, reproduce or complete like other living organisms, at least to our knowledge. However, the vast variety and abundance of all the various minerals on Earth have changed quite dramatically over the 4.5+ billion years of Earth’s past. US geologist Robert Hazen, who led the research team for this finding, said that “for at least 2.5 billion years, and possibly since the emergence of life, Earth’s mineralogy has evolved in parallel with biology.”

This should not be too big of a surprise to us, however. It makes quite a bit of sense that evolution is all-encompassing…everything from our consciousness, to galaxies, to rocks. Everything is in a constant state of be-ing and become-ing, and the condition that the various aspects of Reality are static does not find much underlying evidence. It looks more and more as if Reality is dynamic and extropic in nature.
>read more>>