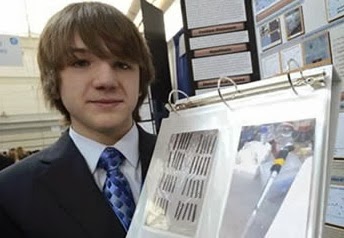 His method is 26000 times cheaper, 168 times faster, 400 times more sensitive and has a 90 % success rate. Major corporations don't like competition.

Unfortunately for them, the next generation does!

Fifteen-year-old Jack Andraka wins the top award at Intel ISEF 2012 for his creation of a new, non-invasive method to detect early-stage pancreatic cancer.

Jack Andraka explains how he achieved an incredible feat in science somehow overlooked for decades by the cancer industry: