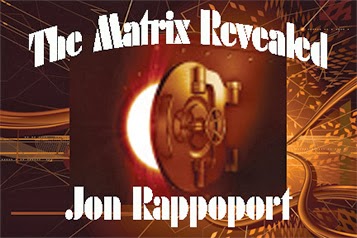 Whether we know it or not, like it or not, want it or not, we are engaged in a struggle, and that struggle concerns the human spirit—understanding it, experiencing it, defending it against attacks.


The spirit isn’t some vague ghost or apparition. It’s front and center, even in this blind world. It animates action. It has great power. It defies reduction.

The spirit proliferates thought and vision. It doesn’t settle for simplistic harmonies that short-circuit its inventions. It isn’t a happy-happy rainbow. It isn’t a child’s fairy tale.

In articles about my collection, The Matrix Revealed, I’ve stressed, over and over, that human thought originates in a non-material sphere. A sphere outside conventional energy and space and time.

That means the brain isn’t thinking. It’s performing calculations directed by ideas that are far more than chemical/biological reflexes.

Technocracy and its utopian fantasies provide a perfect negative example.

Addled researchers look forward to the day when your brain, connected to a massive computer that is “a super brain,” will have instant access to so much information it will ascend to a new level of knowledge and power…and then Greater Reality will emerge.

But on what assumptions is this fantasy based?

First, you can “download” information from the super brain. You can perceive it all and somehow incorporate it. Translation: the super brain will impose itself on you. This is called mind control, plain and simple.

You’ll be able to “think with the super brain,” which directs your thought patterns and your conclusions. Again, mind control.

The super brain is like a very, very wise parent who gives you “best information and best conclusions.” You will obey, because the parent is right, correct, and is looking out for your best interests.

As if that isn’t enough, you’ll also be able “gain new insights,” because your brain and the super brain (computer) are in sync. But none of this really involves active thought, because what the two brains are doing is automatic.

So insights, whatever they may consist of, are programmed into you. If that sounds like freedom, Pavlov was Thomas Paine.

Brain activity on any level, whether biological or chemical or machine, isn’t about freedom. It’s about carrying out directives that originate in free choice.

Actual thought is based in freedom. You think, which is to say, you make inquiries and decisions and conclusions outside the automatic venue of chemical and biological activity. You do that.

You aren’t your brain.

If you were your brain, freedom wouldn’t exist and we could all pack it up and go home and forget about life and the future.

Therefore, no super brain computer is going to supply you with freedom. It’s going to enforce automatic reflexes based on somebody’s algorithms.

How did we get into this mess? The answer is simple. We forgot about what freedom is. For decades, we’ve taken it for granted. We’ve overlooked the study of freedom and its implications.

If you develop a vision about the future you want, that’s thought taking place in a sphere outside the automatic chemical/ biological reflexes and processes of the brain. That’s you thinking, freely.

Technocracy is all about “best answer.” It’s a fairy tale in which all humans go along with a master plan.

And as for the nuts and bolts…do you really believe that if you have access to a program that teaches a foreign language, you’ll instantly be able to speak in that language?

If the super brain gives you a one-second blast of information about automotive repair, do you really think you’ll be able to open the hood of your car and fix it?

Do you really believe you’ll be able to plug into a reservoir of data about playing the piano and immediately sit down and roll out Chopin and Beethoven?

Take chess. We’ve already seen that big computers can defeat human chess champions. Does that mean you can plug into the computer’s programs and become Bobby Fisher? Having access and actually doing something with that access are two very different things.

Doing something means you are making choices and decisions, freely. It doesn’t mean you’re submitting to a mechanical pattern.

Technocracy is the latest piece of insanity derived from the notion that you can have everything you want handed to you on a silver platter. I have news. At bottom, people don’t want that silver platter. They want the fruits of their own efforts. They want the joy that comes from those efforts and freely made choices.

Technocracy is the latest effort to explain “the genius mystery.” It offers the lunatic notion that genius is a mere program that can be loaded into a brain.

That’s called a metaphor, but it’s being taken seriously as a literal explanation.

Talent, achievement, and creative imagination are far more interesting and marvelous than programs. They originate in non-material spaces where the individual invents thought and energy.

The Matrix is the sum total of efforts to deny and bury that fact.

This is why I do the work I do.

Back in the late 1980s, when I met a brilliant hypnotherapist named Jack True, I changed my focus. Jack told me a simple thing: “I stopped doing hypnosis because I realized new patients who were walking into my office were already hypnotized.”

He didn’t mean they were in a zombie-like trance. He meant that their ceaseless activity covered a core place in their consciousness that was asleep.

In this core, people are submitting to a program about how to perceive reality. This complex program is devised to hide their basic non-material power to change reality, to invent new reality on a radical scale.

Because that is how the projection of mass reality is achieved: by spreading amnesia about the capacity of every individual human to create without limit.

Technocracy is a mirror of that amnesia.

Technocracy is a surrender to that amnesia. It’s a blockbuster movie loaded with special effects that hide its paucity of real ideas. It’s lack of free thought parading as advanced thinking. It’s simplistic plot operating like junk food—pleasant impact followed by vacuum and blank stare.

“Before you can figure out all the lies, we’ll have you trapped in a new system.”

That’s the challenge hurled at us. How we respond will decide the future of life on planet Earth.

Our response depends on our understanding and conviction about what we are. Free and intensely creative beings, or sub-machines connected to the Big Machine.