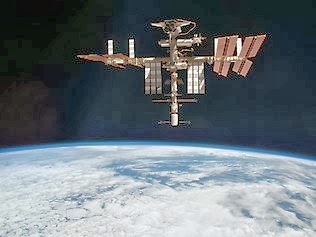 The International Space Station has been forced to shut down many of its systems after a coolant leak.


NASA has confirmed the station is having problems with its coolant system due to a faulty valves. Early reports of the difficulties appeared in tweets from the station's crew and support staff.

The crew are struggling to restore pressure to the coolant system that keeps the vital systems, including life-support, at a regular temperature. This can vary wildly depending on whether the space station is in sunlight or in the Earth's shadow.

While not presenting an immediate threat to the station's crew, it can be serious if unsolved.
Some of the space stations' systems have been shut down in order to reduce the strain on the temperature control equipment. Others have been re-routed to the working cooling system.
NASA spokesman Josh Byerly told NBC that one of the station's two cooling loops, known as Loop-A, shut down due to an anomalous temperature imbalance. NASA had to urgently reroute the coolant systems to prioritise  life support systems, electrical systems and science experiments.

"The crew was never in any danger," Byerly said. "They worked to keep the freezers going. ... They're fine for the near future."

A NASA statement says the pump module on one of the space station's two cooling loops which circulates ammonia outside the station to keep equipment cool automatically shut down when it reached pre-set temperature limits.

"The flight control teams worked to get the cooling loop back up and running, and they suspect a flow control valve actually inside the pump itself might not be functioning correctly," it reads. "At no time was the crew or the station itself in any danger."

As a precaution, the three Russians, two Americans and one Japanese crew members aboard shut down some operating systems to reduce the power load.
The crew is preparing for bed as ground teams collect more data and consider what repairs and further trouble-shooting may be required..