After 12 yrs of occupation, Afghanistan sets record for growing Opium 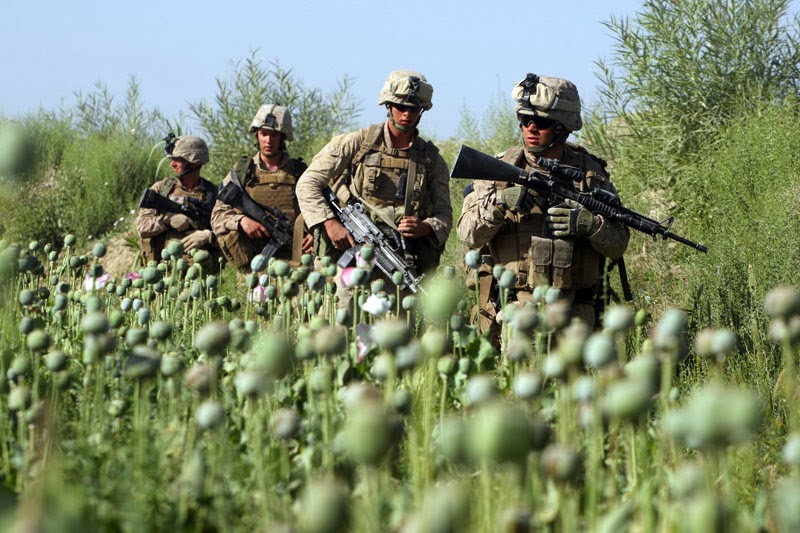 After 12 years of occupation by U.S. military forces, Afghanistan set a record for growing opium poppies in 2013, according to newly released data from the United Nations Office on Drugs and Crime.


“Opium poppy cultivation in Afghanistan reached a sobering record high in 2013,” said the UNODC. “According to the 2013 Afghanistan Opium Survey, cultivation amounted to some 209,000 hectares, outstripping the earlier record in 2007 of 193,000 hectares, and representing a 36 per cent increase over 2012.”

In fact, according to the latest worldwide data on opium-poppy cultivation, Afghanistan dedicates more land to the cultivation of opium poppies than all of the rest of the world combined. 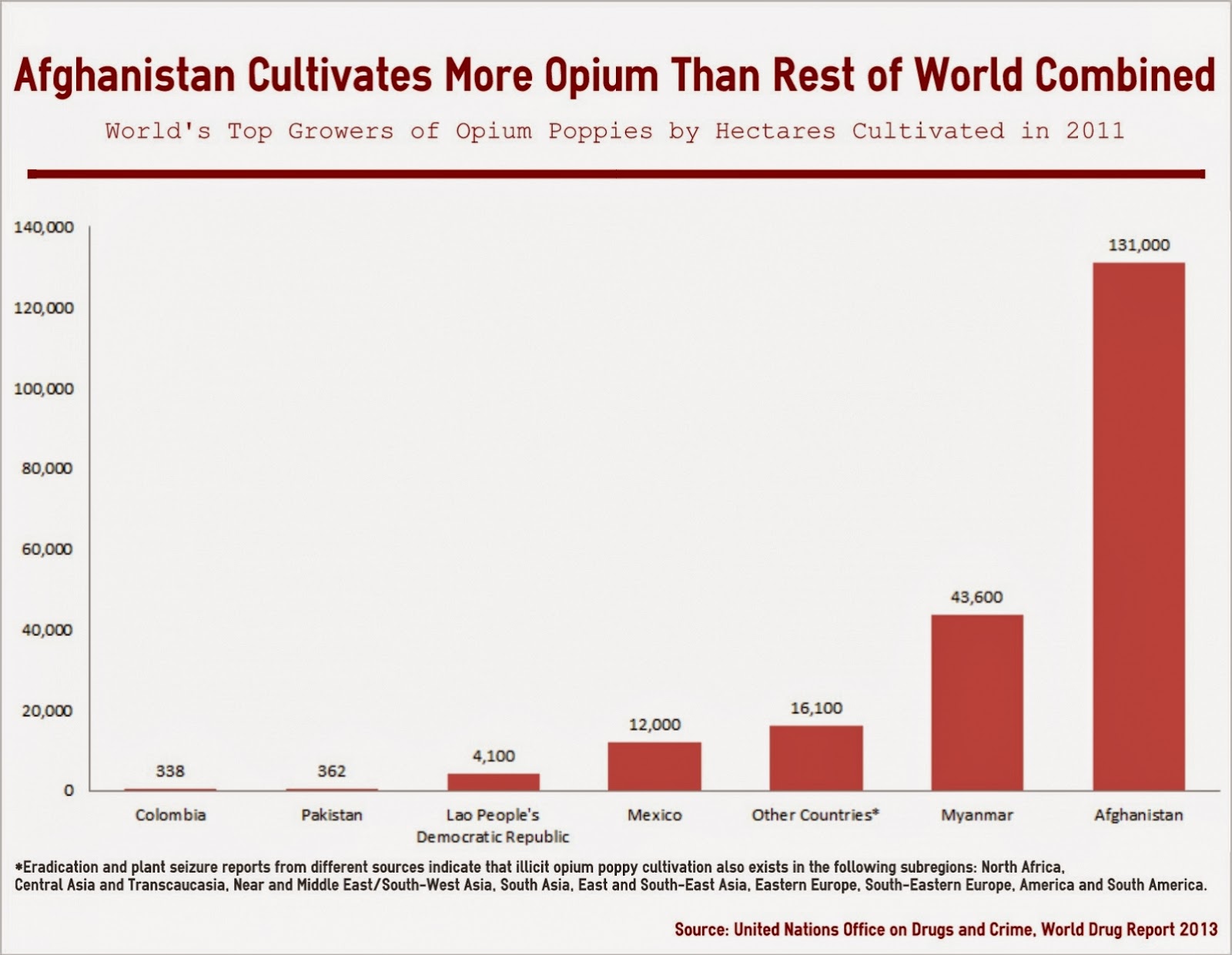 In the years following 2001, the U.S. troop presence in Afghanistan generally increased, especially after President Barack Obama took office in 2009 and launched a military surge there. 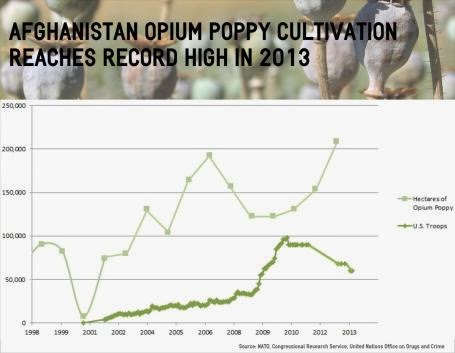 According to the UNODC report, “the vast majority of opium cultivation remained confined to the country’s Southern and Western provinces, which are dominated by insurgency and organized criminal networks.”