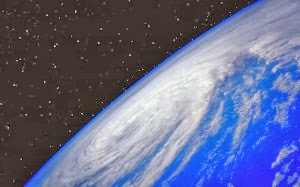 Experts from NASA, MIT and the Library of Congress have recently testified in front of the United States Congress House Committee on Science, Space and Technology about the ‘high likelihood’ of life in our galaxy as well as neighboring ones.(1)


The House Committee on Science, Space and Technology oversees the most prominent public science agencies, such as NASA, the National Weather Service and the National Science Foundation. According to the collective opinions of three of the country’s top space scientists, it may be microbiol, and it may also be intelligent extraterrestrial life. Whatever the case may be, it probably and most likely exists, according to these three participating experts:


When they were all asked by the committee if there is life out there, they all responded yes. Rep. Chris Stewart asked, “Let’s assume that we find life? What do we do then? How does that change things with us in the way that we view ourselves?” The discussion about intelligent extraterrestrial life continued even further, but the underlying conclusion of this hearing was the fact that extraterrestrial life definitely exists.

This isn’t the first time a congressional hearing has been arranged on this topic, in May of 2013 the Committee on Science, Space and Technology had a hearing on the recent discovery of three super-Earth sized planets by NASA’s Kepler space telescope.(2) Scientists today are estimating that the Milky Way Galaxy alone is host to 100 billion stars, and that our universe alone is thought to contain at least 100 billion galaxies.

The search for extraterrestrial life within the mainstream is definitely starting to gain attention. Bigelow Aerospace (BASS) Director of Operations, Mike Gold recently admitted that despite missing the hearing with regards to the three super Earth sized exoplanets, he knew they concluded that galaxies, and our galaxy are most probably “teeming with life, and that,this is what science is telling us.” When asked about UFOs, he said that, that was a separate division of BASS and he couldn’t comment on it.

Within the past year alone, we’ve had these two hearings take place. Another significant event that also generated a lot of mainstream media buzz was the congressional type citizens hearing on UFO disclosure. Several former congress people participated, alongside several researchers, politicians and military personnel that testified to the existence of intelligent extraterrestrial life as well as Unidentified Flying Objects (UFOs).

2013 was a pretty big year for questions regarding life on other planets. Although many are open to the idea about intelligent life on other planets, many are still unaware of the fact that the amount of evidence that’s available to the public which indicates we are not alone is incredible and vast. On the other hand, the amount of evidence that indicates there is no proof for this claim is very little.

I’ve used this video in a lot of my articles, it’s just such a powerful statement and fits in with the article.

Arguments against the existence of known intelligent extraterrestrial life and UFOs have vanished, the only one that seems to remain is the lack of empirical data, the lack of personal experience. As far as research and documentation go, there is plenty of it.

Condemnation without investigation is the height of ignorance – Albert Einstein

The hearing ended with a discussion of how the UN already has protocols set in place if extraterrestrial intelligence is found, and to not keep secrets. It ended with the pondering of how that would be interesting, if some people knew and some people didn’t. (1)

The hearing also coincides with Obama’s recent appointment of Jon Podesta.(3)
His newest adviser, who was quoted saying this:

I’m skeptical about many things, including the notion that government always knows best, and that the people can’t be trusted with the truth. The time to pull the curtain back on this subject is long overdue. Presenting the facts, the book includes statements from only the most credible sources — those in a position to know — about a fascinating phenomenon, the nature of which is yet to be determined.
It’s time to find out what the truth really is that’s out there. The American people — and people around the world — want to know, and they can handle the truth.


Richard Dolan is among the world’s leading researchers and historians of the UFO subject: