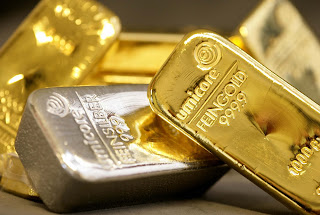 While public officials may be ignoring the continued deterioration of our economy, job losses to the tune of hundreds of thousands of people weekly, and the unprecedented demand for government emergency support services like unemployment insurance and food assistance, Americans who sense uncertainty in the air are flocking to the safety of physical resources.

Our first point of interest is a recent report from the Federal Reserve that indicates some $114 billion dollars in cash was withdrawn from the nation’s largest banks in the last thirty days. Those holding their money at bailed out financial institutions are understandably concerned because the government’s $250,000 deposit insurance guarantee program, originally implemented to restore confidence in the wake of the 2008 financial crisis, expired at the end of 2012. That and the US fiscal situation has never been worse, with one Obama official recently having said the solution to the country’s woes is to simply kill the dollar.
This suggests investors and cash savers are no longer confident in the purported safety of the country’s “too-big-to-fail” institutions.

The next obvious question then is, “where did this money go?”
Part of the mystery may have been unraveled when the US Mint released its latest sales and inventory report.

According to the mint, investors purchased nearly half a billion dollars in gold and silver in the last 30 days. There was, in fact, so much money shifting into physical precious metals in January that the mint was actually forced to cease operations because they couldn’t meet demand.
A massive 7.4 million Silver Eagles were purchased from the U.S. Mint in January,considerably higher than the previous record from early 2011.
After halting Silver coin production/sales for over a week, the Mint re-opened yesterday and demand once again surged.

Having almost doubled from the first week in January, there remains two more days before the book is closed on January’s sales.
At 140,000 ounces, the Mint has also sold the most ounces of gold in January in almost three years, suggesting the rising ‘currency wars’ are stoking people’s ongoing rotation from paper-to-physical assets as their ‘wealth’ slowing loses its value.

With a Silver Eagle trading at around $31 per ounce and the gold spot price at near all time highs of $1650, the US Mint saw some $460 million dollars shift into precious metals in the month of January alone.

What’s equally as interesting, and perhaps a harbinger of the coming chaos, is that the People’s Republic of China is also shifting a large amount of its cash reserves into physical resource based investments that include agriculture, energy, and precious metals, a move that has caused confusion among experts at the United Nations.

With the political situation in this country rapidly dwindling because of government interference on all levels, a recession for 2013 already baked into the cake, and a global economy on the brink of collapse, there is one primary motivating factor driving money into gold and silver.

Uncertainty.
As we’ve seen recently with shortages in emergency food rations and supplies, firearms and magazines, and now gold and silver, Americans are no longer confident in the stability of the system as a whole, and they are diversifying their assets into physical resources that will retain value should the global financial, economic, monetary, and geo-political systems come unhinged.

Interesting:
Who Runs The World?