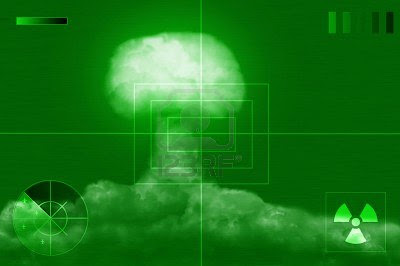 The U.S. Geological Survey is reporting a 4.9-magnitude earthquake in North Korea, raising fears that Pyongyang may have gone ahead with its threat to conduct a third nuclear test.

The USGS report put the epicenter of the quake in Kilju county, near where North Korea's Punggye-ri nuclear test site is located. South Korean officials would not confirm whether the widely anticipated nuclear test had taken place, but several officials says it is the "likely" cause of the quake.
North Korea is not prone to seismic activity. Earlier Tuesday, North Korean state media threatened an unspecified "high-intensity" action, but did not mention any possible nuclear test.

The magnitude of an unusual seismic event in North Korea was 4.9 on the Richter scale, an international nuclear test monitoring agency said on Tuesday, bigger than the 4.52 measured when the North carried out a test in 2009.
The Comprehensive Nuclear Test Ban Treaty Organisation (CTBTO) also estimated the time for the event at around 0258 GMT.

SEOUL, South Korea — New U.S. Secretary of State John Kerry and his South Korean counterpart have agreed to make sure North Korea is punished if it carries out its threat to conduct a nuclear test.

South Korean President Lee Myung-bak has convened a meeting of the National Security Council in response to the suspected test.

Japanese Prime Minister Shinzo Abe is also holding an emergency meeting Tuesday. North Korea has threatened to carry out its third nuclear test in retaliation for United Nations sanctions that were expanded last month in response to a recent long-range rocket launch.

President Barack Obama said North Korea's latest nuclear test was a "highly provocative act" that hurt stability in the region and called its nuclear program a threat to U.S. and international security.
"The danger posed by North Korea's threatening activities warrants further swift and credible action by the international community. The United States will also continue to take steps necessary to defend ourselves and our allies," Obama said in a statement.
"We will strengthen close coordination with allies and partners and work with our Six-Party partners, the United Nations Security Council, and other UN member states to pursue firm action," he said.

The top U.S. military commander in South Korea said earlier this week that he worries about another North Korean provocation, and that U.S. forces are in a period of “high vulnerability” following Pyongyang’s test of a long-range rocket last month.

North Korea confirmed on Tuesday it has successfully conducted a third nuclear test, saying it used a miniaturized device that had a greater explosive force than previous tests, the North's KCNA official news agency said.
"It was confirmed that the nuclear test that was carried out at a high level in a safe and perfect manner using a miniaturized and lighter nuclear device with greater explosive force than previously did not pose any negative impact on the surrounding ecological environment," KCNA said.

Japan will consider its own sanctions against North Korea which has appeared to have conducted a nuclear test, Japanese Prime Minister Shinzo Abe said on Tuesday. "I have ordered that we consider every possible way to address this issue, including our own sanctions, while cooperating with other countries," Abe told reporters after a meeting of Japan's security council.

The meeting discussed "bringing about a great turn in bolstering military capability", said KCNA, which gave no date or details of Kim's speech.
Experts and intelligence sources say North Korea has completed preparations for a third nuclear test, which Pyongyang threatened in response to UN sanctions imposed for a long-range rocket launch it carried out in December.

Over the past week, Pyongyang has issued a series of daily warnings threatening action over the UN sanctions, including a promise Saturday of the "toughest retaliation".
A number of observers in South Korea believe the nuclear test will come before the Lunar New Year on February 10.

In his "important" speech to the military commission, Kim Jong-Un issued specific guidelines for "defending the security and sovereignty of the country", KCNA said.
It did not elaborate but said participants vowed to "thoroughly implement the military tasks set forth".
The North insists its December rocket launch was a purely scientific mission to put a satellite into orbit. But the US and its allies, including the South, viewed it as a disguised ballistic missile test that violated UN resolutions prompted by the North's past nuclear tests in 2006 and 2009.