Veterans are the last line of defense against tyranny 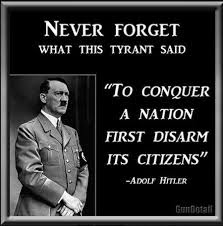 Veterans are now receiving letters from the US Department of Veterans Affairs (VA) which are telling them that they have been deemed, without a mental status examination, to have a physical or mental condition due to their combat experience, which has rendered them to be ineligible to possess a firearm.

Further, under the Brady Handgun Violence Prevention Act, Pub.L.No. 103-159, as implemented at 18, United States Code 924(a)(2), if the veteran possesses a , receives, attempts to purchase, purchases and transports a firearm they may be fined and/or imprisoned.

On December 31, 2012, when he thought nobody would be looking, President Obama signed the 2013 National Defense Authorization Act (NDAA). Pursuant to Obama’s implementation of a police state, thousands of veterans are receiving letters from the government declaring them to be mentally infirm.  The sole basis for many of these determinations which are purporting to be diagnosing mental incompetence is solely based upon the fact that the veteran has seen combat. Further, if the veteran has been wounded or suffered a traumatic brain injury, they are considered to potentially violent, mentally infirm and therefore, ineligible to own a gun.

America, you better sit up and take notice. Our veterans are being disarmed in total and the process is emanating from executive decree through our federal bureaucracies. No judge, no jury, has declared these veterans, who received the disarmament letters within the past week, to be mentally infirm. This is a thinly veiled draconian effort to take guns out of the hands of people who know how to use them.

There can only be one reason the government is hell-bent on disarming veterans. Armed veterans would form the vanguard of any resistance movement. The globalists who have hijacked our government are attempting to take away America’s front line of civil defense by disarming the veterans.

In a civil war which arises from attempted mass incarcerations and/or mass executions carried out by the globalist forces, would certainly be contested by armed veterans. Groups of Veterans would organize the local citizenry into thousands of guerrilla units in this country in response to the tyranny being imposed by our would-be slave masters. Veterans would be capable of organizing groups capable of hit and run tactics against, for example, UN occupation forces. They would teach the rest of us in the civilian population how to use the weapons at our disposal. Veterans would no doubt employ the principles of asymmetrical warfare such as the use of Improvised Explosive Devices (IED) which became famous during the last Iraq War. To prevent this from happening, the globalists must psychotropically drug the veterans, and to continue to keep creating such a hellish life for veterans that our brave warriors will continue to commit suicide at the rate of 22 per day. From the globalist perspective, veterans cannot be allowed to become our 21st century version of the minutemen. Don’t you think the globalists did not learn the lessons of the British defeat at Lexington and Concord as they were attempting to disarm the colonists?

I can only think of two reasons why veterans must be removed from playing the role of a civilian defense force in defense of average Americans who do not have a seat at the table of the planned New World Order.

Globalist forces, under the NDAA, will begin to disappear dissenters and others deemed not to be able to be re-educated as prescribed by Obama’s early political handlers, Bill Ayers and Bernadine Dorne. Veterans, no doubt, would resist the mass arrests that are coming under this criminal government. To those who think this is impossible, ask yourself for what legitimate motive could the government have passed the NDAA if they were not planning to mass arrest citizens without due process of law?  Did Congress and Obama just have nothing better to do last New Year’s Eve? Mass arrests of undesirables are a necessary prerequisite to the imposition of a tyrannical government.


Reason #2: Making the US Easier to Invade

It is probable that the United States is being set up to be invaded as evidenced by the systematic implementation of a “stand down” approach by the American military stationed at critical and sensitive areas within our country such as in Alaska. 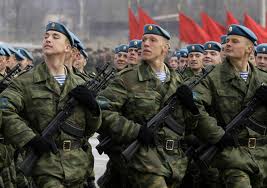 I am receiving multiple reports from citizens in Alaska who are reporting the sightings of Russian troops in their small to mid-size towns as well as people sighting the movement of what appears to them to be the movement of Russian military equipment inside of Alaska. And before you tell me, we are just doing joint training exercises with the Russians, I would ask all readers to be cognizant that we are still on the verge of war with Iran and Russia has threatened to nuke America if it attempts to invade Iran. Additionally, two Coast Guard personnel were murdered in Kodiak, Alaska, last spring.  The official version is that this was connected to a robbery attempt. However, locals and family members believe that these two men saw something, while on guard duty, that they were not supposed to see such as the offloading of Russian military equipment. Additionally, Obama has recently ceded seven Islands to Russia. Why?

Alaskan residents have told me that they rarely see the F-22 over flights along the west coast, which is a hop, skip and a jump from Russia and now we find evidence of this fact in print. The locals see this as the US letting their guard down against a potential Russian invasion. Also, military bases in Alaska are being reduced in force, thus further serving to weaken our defenses against a potential Russian land invasion. Again, this is happening at a time when tensions between Russia and the United States over Iran are high. Also, the F-22 over flights, which have been a staple of the American defenses against possible Russian incursions since the beginning of the Cold War, have ceased. I think it is also relevant to note that the Alcohol, Tobacco and Firearms thugs unsuccessfully attempted to seize gun registration records in Alaska in 2012. After all, a well-armed civilian force would serve as an impediment to an invading force.

All of these factors have led me to ask the question as to whether Obama has purposefully compromised American defenses, in key areas, to make it easier for a foreign force to invade? Perhaps, he has determined that an invasion can accomplish what he is unable to accomplish in Congress. Maybe this also explains why Obama keeps sacking top US generals and admirals. Perhaps they are not on board with this planned treason.

To some who would say that this is far-fetched, I would remind the readers that Russian commandos are also “training” at Fort Carson, in Colorado Springs, doing only God knows what, since last spring. Obama is a decided communist, bred by communists, raised by communists and his political career was launched by communists. For the proof that Obama is an unmistakable communist, not just an usurper of the Constitution,but is an actual dedicated communist, read the links both here and here. Some Alaskan locals believe that the plan is to have Russia control Alaska, British Columbia, Washington, Oregon and Idaho. Others have postulated that the occupation of the American Northwest will be shared between Russia and China. This will be covered in more detail in an upcoming article.

Of the two scenarios, I think it is likely that both scenarios are probable. The subsequent removal of veterans as a paramilitary force would serve to make this country far easier to subjugate by an internal and deadly purge or by a direct invasion. Either way, I cannot see another valid reason to disarm tens of thousands of veterans without using a legitimate form of due process.

Historically, What Happens When Veterans Give Up Their Guns?
The disarming of veterans has happened before in the annals of history. I hearken back to the infamous Red Revolution. Recently, a Russian blogger wrote the following about the history of his own country, with regard to the Red Revolution, in an attempt to get Americans to realize that veterans should never give up their guns under any circumstances.

“Moscow fell, for example, not from a lack of weapons to defend it, but from the lying guile of the Reds. Ten thousand Reds took Moscow and were opposed only by some few hundreds of officer cadets and their instructors. Even then the battle was fierce and losses high. However, in the city alone, at that time, lived over 30,000 military officers (both active and retired), all with their own issued weapons and ammunition, plus tens of thousands of other citizens who were armed. The Soviets promised to leave them all alone if they did not intervene. They did not and for that were asked afterwards to come register themselves and their weapons: where they were promptly shot.”
And thus, one of the most ruthless empires in the history of mankind was born. This is what is being brought to our country. The best predictor of future actions is past behavior.  If you want to know what is coming to America, investigate three historical events: (1) The (Japanese) Rape of Nanking in WWII; (2) The practices of the Russian secret police who had their own version of the NDAA; and, (3) the practices of the Markus Wolf’s East German Stasi forces, who set up the organizational structure of the Department of Homeland Security. 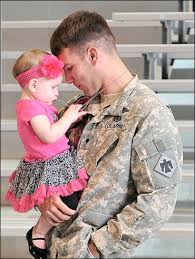 Veterans Do Not Comply

Veterans, America needs you. You must, under no circumstances, give up your guns. Do not comply with these illegal, non-judicial orders from the federal government. You are America’s last line of defense.  And for everybody else, given the evidence presented here, I dare you to come up with a plausible and alternative explanation on why we should allow our veterans to be disarmed. I also implore my journalistic colleagues to investigate this matter even further as we need many eyes on the situation in Alaska. 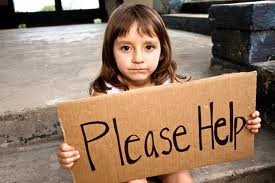 Austrian citizen Kitty Werthmann, an eyewitness to Anschluss, Hitler’s annexation of Austria, confounds recent efforts by gun control advocates to re-write history, by re-affirming that the Nazis did indeed confiscate guns belonging to ordinary citizens.
“The only way we can prevent accidents and crimes is for you to turn-in your guns at the police station, and then we won’t have any crimes or any accidents. If you didn’t turn in your guns – capital punishment. So we turned in our guns.”


Eyewitness: Yes, The Nazis Did Confiscate Our Guns