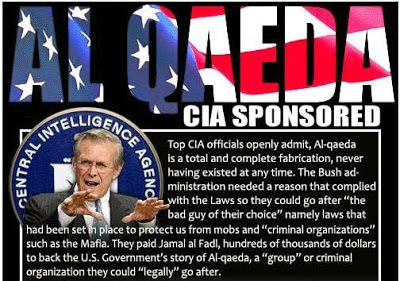 
In his article Algeria a Complex Ally in War Against al Qaeda, Riedel gives a description of the Algerian counter-terrorism unit DRS and its methods:

"(The) DRS is (...) known for its tactic of infiltrating terrorist groups, creating "false flag" terrorists and trying to control them.", Riedel writes. "Rumors have associated the DRS in the past with the Malian warlord Iyad Ag Ghali, head of Ansar al Dine AQIM's ally in Mali, and even with Mukhtar Belmukhtar, the al-Qaeda terrorist who engineered the attack on the natural gas plant."

Here the CIA-vet admits that the Algerian intelligence agency is in the business of "creating false flag terrorists", and that this agency is "rumored" to have ties to terrorist attacks in North Africa. This statement is quite interesting, as the very concept of "false flag" is usually labeled as some outrageous conspiracy theory. We of course know that false flag terrorism is standard modus operandi of intelligence agencies all over the world. We are also aware of the fact that the Brookings Institution is one of the think tanks that warm to the idea of using false flag attacks to attain public support for an invasion of Iran.

In my original June 29, 2009 article titled Brookings Publication mentions possibility of 'Horrific Provocation' to Trigger Iran Invasion" I cover false flag proposals made by the Brookings Institute in their Which Path To Persia document.

In the 2009 paper, the authors openly contemplated a possible "provocation" to escalate things to the point of armed conflict:

"(...) it is not impossible", they write, "that Tehran might take some action that would justify an American invasion. And it is certainly the case that if Washington sought such a provocation, it could take actions that might make it more likely that Tehran would do so (although being too obvious about this could nullify the provocation). However, since it would be up to Iran to make the provocation move (...), the United States would never know for sure when it would get the requisite Iranian provocation. In fact, it might never come at all."