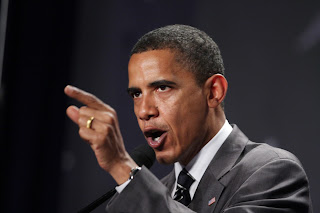 A secret legal review of the even more secret “rules” of the US cyberwarfare capabilities has concluded that President Obama has virtually limitless power to start cyber wars in the name of “pre-emption” of potential attacks coming out of another nation.

The reports come from officials involved in the review, and are impossible to verify since the rules themselves are classified, and the review is being conducted entirely in secret.

The current rules, to the extent anyone understands them, say that the Pentagon can openly attack targets in nations during wartime, but that doesn’t explain things like Stuxnet, the US-made computer worm that attacked Iran and subsequently much of the planet, doing massive damage to industry when it escaped Iranian computers and went worldwide.

The US sees “pre-emptive” attacks on nations like Iran in a cyber-context much as they do in a military context, although without all of the questions asked afterwards since the attack and indeed much of the cyber war can be conducted in relative secrecy. The 2003 US invasion of Iraq, and its calamitous occupation are being used as a model for the president being able to unilaterally start not just physical wars, but wars involving attacks on industrial computers of rival nations.


Everything the President is doing to the Web is lawless.

The last time Congress addressed Tech policy they intentionally left the ‘Net completely alone.  They authorized no one to regulate the Web in any way. So of course the Obama Administration has been in full-on regulatory Internet assault mode.
The objective of all this Administration is the same as its over-action in all sectors of the private economy - to make it untenable for all private interests, leaving voters stuck with the government as our sole provider.

The Obama Administration continues its autocratic drive unabated. They are forcing successful cellular phone companies to allow their competitors access to their networks (read: property) at absurdly low government-mandated rates.
Which removes completely the incentive for anyone to invest in a network.  Why would you, when you can instead wait for someone else to spend the hundreds of billions of dollars to build it, and then avail yourself of government-mandated cheap ingress?

In other “light touch” regulation news, the Administration is contemplating an illegal Internet tax.
To further over-fund the 15.7% phone tax, an $8 billion-per-year spread-the-wealth-around universal broadband connectivity program that has been proposed.

And now the latest outstanding free market Administration mess:
White House Draft Cyber Order Promotes Voluntary Critical Infrastructure Protections
Only within the confines of the government (and the media) does an “order” promote “voluntary” actions on the part of the private sector.
The White House so far has failed to get a bill passed by both houses of Congress to improve the cybersecurity of the nation's critical infrastructure, so it wants to take an alternative approach.

Ummm, no.  If you’ve “failed to get a bill passed by both houses of Congress” - you don’t have an alternative approach.  But that hasn’t stopped this Administration yet, so why should it now?
The administration has created a draft executive order detailing how, within its authority, it would improve the information assurance of the nation's critical infrastructure, such as the power grid and financial industries.
The draft EO includes eight sections, including the requirement to develop a way for industry to submit threat and vulnerability data to the government.

“Within its authority?”  Again, the Administration doesn’t have any.  And who determines what constitutes “threat and vulnerability data” - the Feds?  They are certainly light years away from being legally able to force the industry to violate their customers’ privacy - and their contracts - and turn over our data to the government.
Besides which, we need transparency FROM government - not transparency TO government.
90 days after the EO is signed by President Barack Obama, the cybersecurity council — led by the Homeland Security Department secretary — must develop a report to determine which agencies should regulate which parts of the critical infrastructure....
Under earlier cyber bills, DHS would take the lead in regulation, and that concerned some lawmakers and experts. It was a major sticking point in moving forward with a vote on a comprehensive bill.

I can’t imagine why placing “man-caused disaster” DHS Secretary Janet “The System Worked” Napolitano in charge of this huge panoply of private rights’ violations would be a “major sticking point” for some of our elected officials.
(A) National Security Council spokeswoman in an email statement (said) "We are not going to comment on ongoing internal deliberations."
These are supposed to be external deliberations - conducted in Congress, and commented upon by We the People.

This isn’t Constitutional republicanism - this is authoritarian rule by Obama fiat.
The article goes on and on detailing many facets of the Administration’s totally illegal Cyber Security Executive Order.  It is wrong-headed, top-down and government-centric.  It violates or eviscerates private property rights and numerous privacy protections of We the People.
A far better way is to - like with National Security - contract out to people who know what they’re doing.  The Defense Department doesn’t build bombers - Northrop Grumman does.
Likewise, it would be far better to have the experts at Verizon, Comcast, Time Warner and the like handle Cyber Security.  Rather than having the at once dictatorial and incompetent Obama Administration - or any Administration - take the reins.

And to arrive at said solution via the Constitutional deliberative process, with a bill passed by Congress and signed by the President.