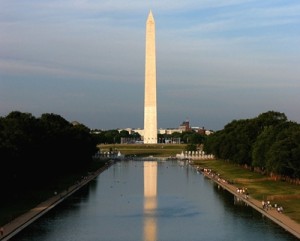 Idol worship has been a prominent theme in human history dating as far back as the beginning of civilized society.

The ancient Egyptians shared a polytheistic view on religion and spirituality and their culture contained many deities, gods and demi-gods which were worshiped by their people (1). Idol worship is even prevalent today, although it has taken on a different form since ancient times, with the advent of Hollywood and celebrity culture. Although one could say that worshiping a deity and being a fan of an artist are incomparable, if we take a moment to look at the fan-obsessed sociocultural phenomena that has taken our world by storm, we begin to discover unsettling connections between star worship and the archaic practices of the ancient Egyptians. So how does this connection correlate with the direction in which our planet is being manipulated towards by the elite? Furthermore where does the need to idolize and worship stem from within ourselves, and how is this truly serving humanity?

To understand the connection between modern idol worship and ancient idol worship, let us first look at the ancient Egyptians. There are so many secrets and mysteries shrouded by the Egyptians that much about their story is still unknown. For centuries researchers have dedicated their lives to decoding these mysteries. However, one thing that is known about the Egyptians was their obsession with the gods, the universe, the afterlife, and the rituals surrounding these wonders (1). Throughout the course of Egyptian civilization there were many different deities, gods, and Pharaohs that were prominently worshipped and cycled through over time. Many Egyptians believed that the Pharaohs were part god or divine in nature, and so the people would follow the kingship with faith in the Pharaohs’ eternal secrets to life. Magic and the supernatural were important aspects of their spirituality, which was supposedly taught about in the mystery schools(2). Sacred rituals were common in Egyptian worshipping temples, and the “hymns” that were chanted during these rituals were said to contain the power to harness energies for their bidding(2).

The curious part about the Egyptians was their innate understanding of life and the interconnectedness of energy with the universe, which was a very complex concept to have grasped for such a primitive society. Modern theories suggest that the Egyptians had made contact with extra-terrestrial life forms during which divine information was shared with the high ranking members of the Egyptian society. It is suggested that this made an impact on the Egyptian’s fascination with the “Gods”, the supernatural, and the ritualistic ceremonies that were performed in the temples and mystery schools(2). The secret knowledge of the Egyptians was said to be kept hidden from the general public and was passed down over the millennia through secret societies such as the Freemasons and the Illuminati who maintained the ritualistic worship practices that was established in ancient Egypt(3). This could explain why there is so much Egyptian symbology found around the world today. For example, Obelisks from Egypt were transported out of the sacred archeological sites and spread across the world in such places as New York, London, Paris, and Rome where 13 Obelisks are stationed (3). Another example includes pyramid symbology in corporate logos, on the American dollar bill, and rampantly placed throughout music videos, movies, and television. Superstar Rihanna is known for having multiple Egyptian tattoos such as the wings of Isis, and Queen Nefertiti. Is this all merely coincidence? One has to wonder why Egyptian symbology is so prominent in modern day society. What secrets are the elite keeping from the general public?

If we take a closer look at the current celebrity obsessed culture, we can see a strange similarity to the idol worship of ancient Egypt. It is well known that Hollywood is a major control mechanism of the powers that be. The fact that the media builds artists up as super-humans investing millions of dollars into a marketable image can be unsettling when we really think about it. The media paints a mesmerizing picture of celebrities luring in fans with the attraction of youth, riches, and entertainment. If looked at from a different perspective, fans who obsess over artists are really taking place in modern day idol worship. We gather in arenas that resemble temples or ceremonial spaces, and we take part in the deification of the artists as we chant their songs and watch the artists in spectacular ritualistic performances, where we are bombarded by more symbology than we are consciously aware of. The modern day concert could possibly be a reincarnation of the ceremonies of ancient Egypt, the difference only being that it is now veiled as “entertainment”. 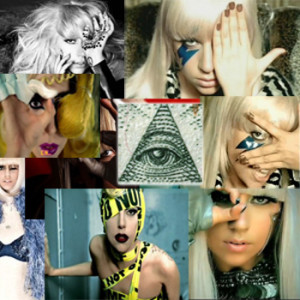 Are we being brainwashed by the celebrity culture? Have we lost our true connection with artistry and the love of creation? It seems like mainstream artistry today is about the biggest, flashiest, and most expensive show and less about creating and sharing. One has to wonder about how we are benefiting humanity and how we are contributing to the evolution of consciousness by idolizing and comparing ourselves to these “stars”. Are we not truly giving away our own power, potential, and self-respect by instead placing it in the hands of famous artists and celebrities? In truth these artists are created by an industry machine which has access to unlimited amounts of money and handlers to create marketable “products”. I think it is safe to assume that talent is no longer a prerequisite to become famous. We must consider the idea that corporate music and other forms of media are being used to manipulate and more importantly distract the population from the life in front of us.

The positive news is that regardless of the hidden agenda of the elite, things are inevitably and swiftly changing. The numerous veils that have plagued humanity for millennia are being lifted, and as we all awaken in this new era we see that the old established systems are no longer serving humanity. Our true idols are our friends, our pets, our family, and our planet. Celebrity and idol worship is dissolving as we discover that looking outward no longer gives us the truth that we desire, and instead we are looking internally at the vast universe of consciousness that connects us all to discover who we really are, which is infinite in its potential.

Interesting:
Ancient Egypt, Reptilian Symbolism and the Cloning of a Pharaoh
The 'elite' of this planet knows something we don't?
The visible fallout has begun. Illuminati rats fight in the sack. Mutual assured destruction of evil syndicates
Geplaatst door Boddhi op Friday, February 22, 2013