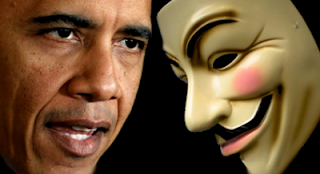 President Obama's recent signing of cyber security executive order seems to be a response to Anonymous , not China.

Last Tuesday, President Obama signed a new executive order seeking to give the executive branch more power over curbing cyber-security threats, calling it a move to protect against "America's enemies."

Although many news outlets are running with stories claiming the new plan was a response to hacking from China, it would appear, at least, that it was also a response to recent hacks to government websites by hacktivist group Anonymous.

At the time of this publication, two government sites, ussc.gov and miep.uscourts.gov, are met with "502 Bad Gateway" errors and cannot be accessed.

The hacks are part of  "Operation Last Resort" , a response to the death of "Internet freedom" activist Aaron Swartz and a demand for judicial reform. Swartz's family and friends believe his suicide came as a result of legal pressure that did not fit his crime of downloading academic articles he had legal access to. Legal pressure drove Aaron Swartz to suicide, say friends, family.

It appears Anonymous has not been fazed by Pres. Obama's new cyber-security executive order.

Then, again, last week, the State Department's website was successfully taken offline. In a Tweet, Anonymous asserted the attack was part of the ongoing Operation Last Resort.

The president is urging Congress to take legislative steps to put restrictions on the Internet, something Aaron Swartz was a champion at preventing.

His organization Demand Progress significantly aided in stopping last year's SOPA, PIPA and CISPA bills many felt would spell the end to online privacy and Internet freedom. It seems that Anonymous is continuing the fight through the operation dedicated to him.