IRAN WAR EXPOSE: What U.S. Media DOES NOT want you to see! 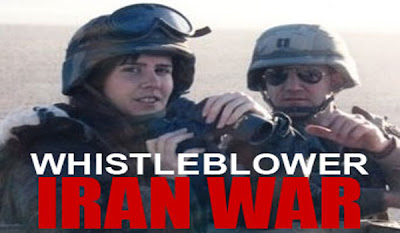 Meet the Woman Who Stopped War Against Iran

This documentary speaks for itself.
Part 1:

Veterans Today ran  a series of articles on Gwenyth’s story last summer when her lawyers finally came around to understanding that if she got her story out there would no longer be a reason to kill her so she could not. This sometimes takes a little time to sink in.

Gordon Duff’s first article is here, and it did very well.  We had a break with the Washington Post doing a lead off story, but it stayed away from the more delicate matters. That is where we picked up the ball as we don’t wear AIPAC diapers here. We were able to follow up our VT promotion with a talk radio tour for a month, nice two hour blocks of time to really get down into the details.

As usual, corporate media never called to inquire why they had never heard about this. I think the dead Turkish billionaire might have been a deterrent.

What you just watched is a story about a politic0-military coup against the United States by some of our highest officials, rogue elements actually, and none of which have ever even been charged. I might suggest to you that after 9-11 being easier for them than they expected that their fear concerns went down.

And if you will check the chronology of this story you will find the Wikileaks story, another intel operation by rogue elements for additional ‘preparing the minds’ of the public for the attack they were expecting to initiate. VT broke the Wikileaks hoax, and again we had some key help with Brzezinski NPR key show where he was the highest Intel official at the time to go public about Wikileaks being ‘seeded’…after us.

[Gwenyth Todd at the right head of the table]