Paying To Be programmed 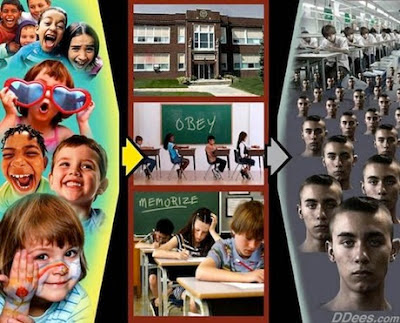 The process of mainstream ‘education’ swamps the left side of the brain with the system’s version of reality by communicating ‘logical’ and ‘rational’ information based on ‘observable evidence’.

Students are then told to retain this information, and revise it thoroughly, before taking something called an ‘exam’ in which they must repeat to the system what the system has told them to believe.

A study by Kyung Hee Kim, professor of education for the College of William and Mary in Virginia, focused on the creativity of school age children between kindergarten and 12th grade using the measurement known as the Torrance tests of creative thinking.

These are all traits of the expansive, maverick, dot-connecting right hemisphere of the brain which the education (programming) system suppresses to allow the left-brain to dominate perception and collectively create a left-brain society.

Young people all over the world stress and worry waiting for their exam results desperately hoping that they have successfully told the system what it has told them to believe. I left school aged 15 (couldn’t wait) to play professional football and never took a major exam in my life. Phew, what an escape.

Exam passes and degrees allow you to choose a specialisation of science, medicine, academia, law or even politics and media which are dominated by degree-passers. Would-be scientists, doctors, academics and the like then take more exams and tell their speciality institutions what they have been told to believe, and if they do this very well they become a ‘scientist’, doctor, lawyer or professor of something or other and they may even be so successful that they go on to run those institutions. How lovely, except for one little problem. 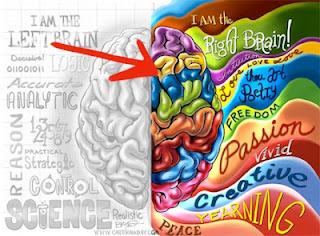 This ‘rational logic’ based on ‘observable evidence’ is illusion. What is considered ‘rational’ is merely a point of observation dictated by your sense of what is real. If that sense of reality is bloody nonsense to start with then so will be your ‘rationality’ and the same with what is perceived to be ‘logical’.

This is in keeping with the so-called ‘Icke’s Law’, discovered by a man called David Icke after long experience and much observation, which contends that bollocks begets bollocks. It is, apparently, closely associated with the law of cause and effect.

Bollocks begets bollocks and that is why human society is drowning in bollocks.