Re: What a strange planet 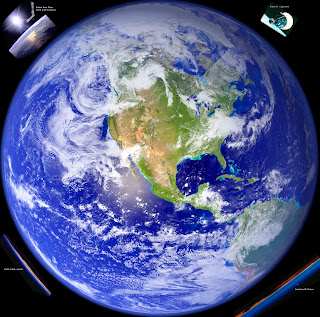 What a strange planet [email to my homeplanet]

Re: What a strange planet


Now you've woken up from the 3D reality you lived in there on Earth, there are a few things you need to understand from Earths' past.

A long time ago on Earth there were civilizations wich are described in ancient -sometimes religious- scriptures.
Humanity nowadays is mostly based on these cultures, kwowledge, philosofies & religions although most of that history has been forgotten.
Some of these ancient wisdoms got lost for a reason.

One of the things the people of Earth were never supposed to find out is that how the Earth's population was controlled all these thousands of years. These 'controllers' were kindky asked to leave recently because they've served their purpose. The last ones who who refused to leave are removed by force. This 'finding out' started in Earth time in 1945. Let me explain:

A lot of people now are afraid of a 3rd WW but in true fact -Armageddon as they name it in ancient texts- it has already happened (1914/1945). So someone is keeping you in the dark  there & there's really nothing like this to be afraid of anymore. Two significant events marked the end of that period. The end of that was planned in the Middle-East near the Deadsea not with a big bang but with the creation of the state of Israël. The 2nd event was detonating 2 atomic bombs on Nagasaki & Hiroshima (Japan) wich ended that war. These nuclear events were allowed to happen to end the Big War and to let everyone decide for themselves if this will be their future,  or not and teach everyone a valuable lesson. Both events still affect humanity today and no one really wants to be nuked, expelled or locked away.

Só many (over a 100 million) people have lost loved ones during these decades (1914/1945) that Humanity & Earth gave a loud cry out for help. Earth had to be saved. This Planet is in trouble.


This is the moment where you all came in.

This cry for help & the atomic explosions as well, reached our dimensions and volunteers were asked to be born on Earth to help these people to change the threat. Many of you voluntering heroes didn't have the slightest idea of the mess you're going into knowing & experiencing that you are not from this third dimension originally and  thanks to these experiences now you're finally figuring out your biggest question in life like what are you doing here, but also proper help was send to assist you of all your life, to become yourselfs again there and to start your task. Many of you are activated right now and awakening to a new  reality..

Since 1945, thousands of lightworkers, higher energy conductors, wayshowers, lightwarriors & a combination of these are born there on Earth with you. They all answered the Call. A fine example of this is the Flower Power period when peacefull actions were started for freedom and against war, cruelty & injustice. Right then and even more powerfull today our brothers & sisters are not only raising the frequency of their personal life but as they do so they also raise Earths' frequency to benefit all. That means the improvement of life in general with all changes within humanity. Some of their 'enhancements' are activation of unused DNA wich will result in a younger looking & feeling body. Also activation of the 'extra senses' & gaining extra brainuseage are happening right now for all. These are the 'inside' changes felt  by a lot of people and this awakening will continue.

As these energies are all raising now, the old controllers of humanity feel less & less comfortable here on Earth and they are at the run, hiding and leaving Earth at this moment. The big challenge nowadays is that millions of people are loosing their faith in current (believe-) systems and need guidance on how to live in a true and new freedom. Between sending out an emergency Call and living in that asked freedom takes some time and everyone has to help eachother in big & small things in life because this is happening now for everyone.

Energy, awareness & consciousness are rising dramatically up nowadays and things are changing on all levels in your life moving to a higher level. You're upgraded day by day. Emotions like anger, fear & hate have to be abanded right nów. Stop putting energy in it. They serve you no good anymore. Instead, think of the positive things you want in your life to change.
This is thé question every individual has to ask himselves: Whàt do I want?

And remember: help is only one thought away. We are already with you and you're never alone in this. No one is!
Now what do you want?


Interesting:
What a strange planet [email to my homeplanet]
People Worldwide claim their Sovereignty
Dutch veterans in trouble are finally compensated