Depression And The Harmful Medications 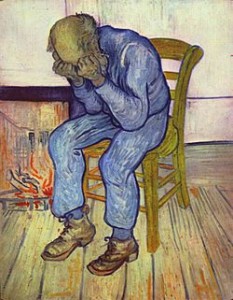 Depression is one of the most commonly diagnosed mood and psychiatric disorders. More than 120 million people on the planet suffer from depression, that is a lot of medication to be distributed.

Depression is a condition that really requires no medication; it’s become evident that depression is a condition that’s heavily marketed by the pharmaceutical companies in partnership with the medical industry and mass media. Can this be proven? Sure it can, if you follow the money it all leads to the same group of families and the corporations they run. Multiple studies have already shown that placebos are more effective when it comes to treating depression. It’s no conspiracy that the pharmaceutical companies have a multi-trillion dollar incentive to twist and distort information. A recent publication in the New England Journal of Medicine even took interest in the major mass marketing and advertising that the pharmaceutical companies constantly engage in. I really don’t believe that the government and the corporations that own it  have our best interests at hand when it comes to our health. Don’t put your health in the hands of others, put it in your own. Don’t let others grab a hold of you and try to increase your dependency on something that isn’t good for you, in this case medication. Depression as a condition and the drugs to treat them have been severely over hyped  and many negative effects have been suppressed.  Many people believe they are depressed, and many medical practitioners  believe in their diagnoses of depression not knowing that they have been subject to a very intelligent form of manipulation. Depression not a result of situations in your life in the external environment, it’s a result of  you and your internal world and how you perceive your reality.

Mainstream science is also starting to clue in as it begins to see the fraud with regards to the information we are told and what we are made to believe. It seems as if the powers that be have grabbed a hold of human feelings, defined them to be of such a problematic nature that it requires chemical tweaking of the brain. Sure, depression might very well be the result of chemical deficits in the brain, but chemical deficits in the brain are caused by the being within the human body. Everything you feel is a result of your own creation, your brain shapes itself based on how you perceive reality, this is a scientific fact. It is you that changes your brain, don’t allow harmful medication to do it for you while ruining your mental health.  I am not saying that depression doesn’t exist, but it is simple to see that medication is not required, does not help, and is extremely detrimental to our physical and mental well being. Any type of medication to treat depression should be highly questioned, research should go beyond science and medicine and into the corporations responsible for their manufacturing and the people behind the corporations.

Prior to taking medication, the human brain and the chemical flows within it were naturally determined by the human being. Given our mood, our daily activities, what we think and how we perceive the environment around us, our brains and their chemical flows are determined by us. How medical practitioners are convinced of anti-depressant medication and their effectiveness is beyond me (along with vaccinations and a list of many other things). Given what the medical field knows about our brain, and how our thoughts and emotions can effect it, souls who feel depressed usually just need to let certain concepts and belief systems go. It’s like holding onto weights while the water is rising around you, you can choose to let them go and float, or hang on to them and drown. Lets take a look at some of these harmful medications a little more in depth. I don’t know why side effects are called side effects, they should just be called effects. Even the claimed benefit of  these drugs cannot be measured or determined, that’s because there is probably none at all. Either way, the harmful effects far out weight what we have been told to be the positive ones.

Since its introduction and discovery by the pharmaceutical industry through the Ely Lily Corporation it has become one of the most widely prescribed and studied antidepressants in the world. Our health and safety have always been compromised from any type of antidepressant drug. In 2010, more than 25 million people in the United States were prescribed on Fluoxetine and over 40 million people worldwide have taken it. Research published  in the Public Library of Science Journal found that a placebo was more effective. We are still in the process of discovering the power of perception, and the power we hold to create our own reality and change the way our brains work through perception. What you truly believe has a direct effect on your biology. It’s hard to give credence to the credibility of medications when findings about how consciousness creates reality enter more into the scientific realm. What we belief, perceive and hold onto as truth actually shapes our reality, including our individual biology. Prozac causes nausea, diarrhea, headaches, dizziness, rashes and more. Obviously this substance in not in harmony with your body and it’s operating system. The main argument here against it, is that is changes the quantity of chemicals, and the chemical flows in the brain. It literally changes the brain, putting trust into these medications is something we should not be doing. It’s time to start making connections and putting two and two together

Sertraline is just like just like Fluoxetine,it is a selective serotonin re- uptake  inhibitor(SSRI), which mess around with brain chemistry and neurotransmitters, like serotonin. Whats even more compelling is that there is absolutely no scientific evidence or measurement to determine if these drugs really do what they are said to do. Should we not have proof to the point of 100 percent when playing around with our brain chemistry? It’s almost as if the mass population is one big scientific experiment.  Zoloft has been known to cause muscle spasms, flu like systems, difficulties in speech, jaundice, suicide risk, major rash, irregular heart beat, and unusual changes in behavior to name a few.  Changes in behavior are not not surprising when you change the brain in an unnatural way, what else what you expect?

Also a SSRI, Paxil started to be marketed to the world in the early 1990′s. Evidence has shown that Paxil has one of the highest incidence rates and severity of withdrawal syndrome than any other medications in its class.  Paxil is also linked to an increase in suicide risk,  in fact the big pharma companies offering it continue to try to hide that the problems are a serious concern.  This drug is well know to cause severe hormonal problems as well as death. Many protests and truth activists continue to spread the word, pharmaceutical companies that engineer this drug have been sued on various occasions. Doctors are usually the ones used to blame, but we don’t realize that they are brainwashed by the medical literature that is funded from the pharmaceutical companies. In 1992 the FDA approved Paxil, and people are not warned in advance of the drug’s effects and addictive properties. We are presented with enough evidence to show that pharmaceutical companies are well aware of how harmful their products really are.

I decided to use these three medications as they are the most highly prescribed for depression worldwide. It’s become evident that a large portion of our medical and pharmaceutical industry are used for means of money, control and human experimentation. It can be difficult to comprehend how we can have debates on these medications, the bodies we give so much credibility to and allow to govern us, like the World Health Organisation (WHO) are the same ones that are manipulating information, this is no longer a conspiracy theory, it’s time to wake up.