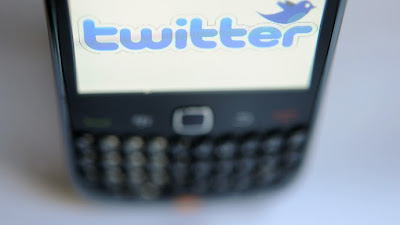 
Information requests from the US topped the list, with 902 – 78 percent of requests – being made over the past half year, up 40 percent from the previous six months.

Twenty-six different governments worldwide have demanded the provision of information, meaning there has been an increase in country numbers too of around 15 percent from between July to December 2012.

The number of US requests for data soared above the others: Second on the list was Japan, who attempted to acquire the data of some 87 users, totaling a mere eight percent of total government data requests received.

The most common way in which governmental bodies ask for access to email or IP addresses of users is through court-issued subpoenas, Twitter said.

The company also noted a sharp rise in attempts to censor the San-Francisco based social media platform.

Brazil was the home of the most censored twitter accounts, having requested that 39 defamatory tweets be removed from the social media site on nine separate occasions. France – a country notorious for ordering Twitter to reveal the identities of anti-Semitic Tweeters  – came second on the list, requesting that 12 tweets be removed from its servers. Twitter complied with the anti-Semitic tweet requests in June.

The transparency report is the first released since former NSA contractor Edward Snowden’s revelations regarding US governmental surveillance practices.

Twitter stated that at the present moment it was unable to distinguish between the types of requests and separate them into national security issues. However, it expressed how that it would in the future be able to differentiate between the two.

“An important conversation has begun about the extent to which companies should be allowed to publish information regarding national security requests….we believe it’s important,” said Twitter in a blog post on Wednesday.

Unlike major tech companies Google, Facebook and Microsoft, Twitter was not listed as a participant in the PRISM program – as the bulk of the platform’s activity is conducted in the public sphere.

However, the company would still have to comply if the FISA court asked for information.

The mountainous region which lies on Afghanistan’s border with Pakistan has long been infamous as an insurgent hotspot. Foreign air power is deemed necessary to cover the area as Afghan security forces have insufficient air power.