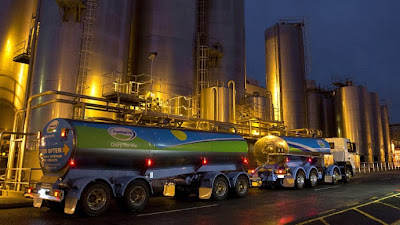 The world’s largest dairy exporter has warned some of its products including infant formula could contain potentially deadly bacteria.


Some 870 tons of tainted milk products could now be recalled from the countries they were exported to.

New Zealand’s dairy giant Fronterra has sent out an alert to its clients saying some of its whey protein concentrate, produced in May of last year, could be contaminated with bacteria that can trigger botulism – a potentially deadly paralytic disease.

Products potentially containing the tainted ingredient include infant formulas and sports drinks which were were shipped to Australia, China, Malaysia, Saudi Arabia, Thailand and Vietnam.

“We are acting quickly. Our focus is to get information out about potentially affected product as fast as possible so that it can be taken off supermarket shelves and, where it has already been purchased, can be returned,” Fonterra’s Chief Executive Theo Spierings said in a statement.

Considering the products were manufactured a year ago, some of them could already have been consumed. There have, nevertheless, been no reports of any botulism cases linked to Fronterra products.

New Zealand Trade Minister Tim Groser said health authorities around the world had also been alerted to the contamination.

"This has included formally notifying Infosan, the World Health Organization's international food safety regulators network. As more information on this issue is confirmed we will provide our trading partners with further updates,” AFP cites Groser as saying. read more