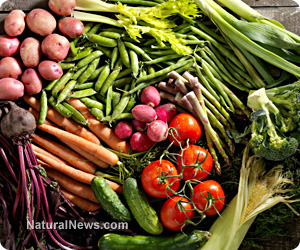 While it's generally agreed in the natural health arena that organically produced fare is superior in safety compared to crops that utilize GMOs or chemical pesticides, the fact that it's more nutritious might be overlooked by consumers.


Conventional growers insist there isn't a substantial difference between the two, yet several studies have found otherwise.

In the battle between conventional versus organic, research has shown the latter to be the victor with higher levels of vitamins and minerals as well as conjugated linoleic acid (CLA) and omega-3 fats.

Likewise, a study led by Alyson Mitchell at the University of California-Davis found free radical scavenging flavonoids were notably higher in organic tomatoes. Over the course of ten years, organically produced tomatoes were compared to their conventional counterpart. The organic fruit was shown to contain between 79 and 97 percent more flavonoid, aglycones, quercetin and kaempferol than conventionally grown tomatoes.

A study in the Journal of Dairy Research investigated the chemical composition of milk sourced from conventional and organic dairy sheep and goats in Greece. One hundred and sixty two milk samples were taken over three months. Results showed fat content was lower in the organic milk compared to conventional. Additionally, the researchers discovered: read more